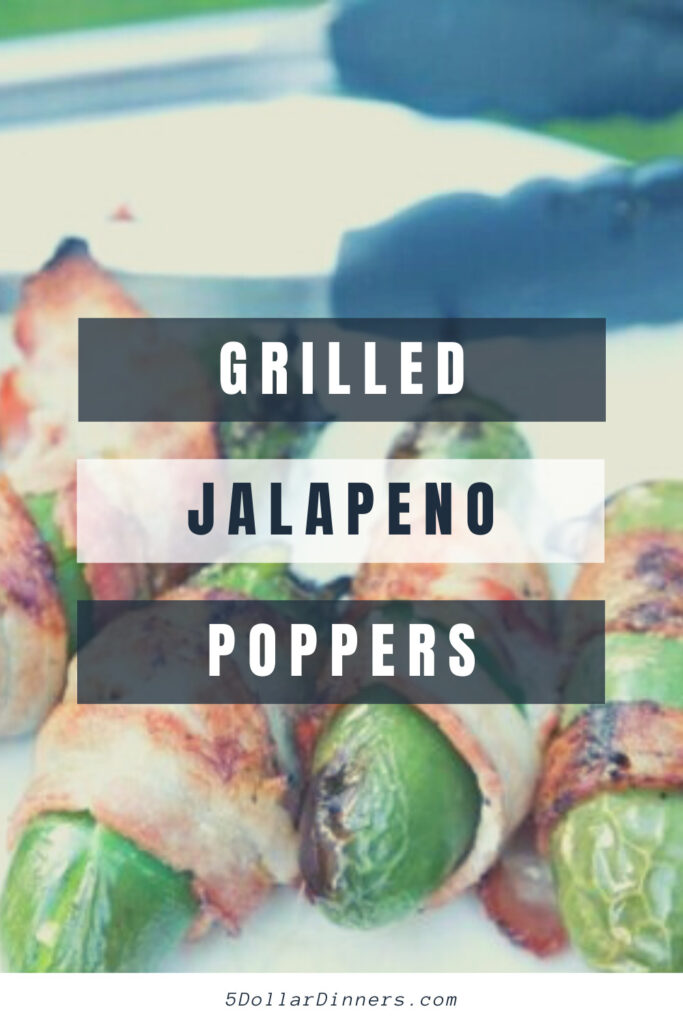 Oh, I’ve had baked jalapeno poppers a thousand times. (Well, maybe not a thousand, but a LOT.) They are a popular, spicy appetizer here in San Antonio and I love them dearly.

I decided to do a grilled version for our 31 Days of Grilled Recipes series. I discovered that the best way to make them on the grill without making a ginormous gooey-mess with the melty cheese, was to slice them open carefully down the side and dig out the super hot seeds and pith. Once they’ve all been cleaned out, you can sneak in some cheese and then wrap tightly with bacon.

Some cheese might ooze out (see below!), but for the most part, it will stay inside the peppers.

I used a white quesadilla blend cheese for mine, but you could use Mexican blend cheese, or if you really want extra kick, try the Jalapeno Jack shredded cheese. Double the jalapeno, double the spice! 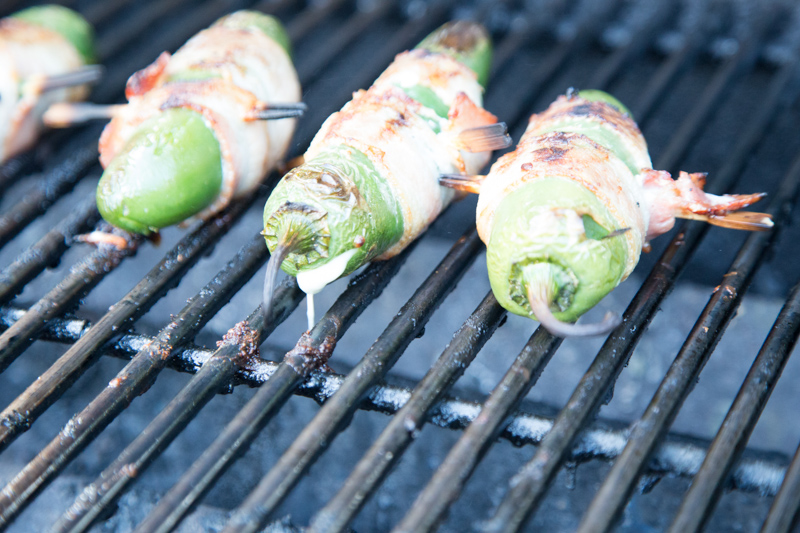 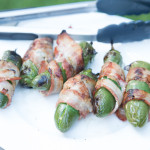 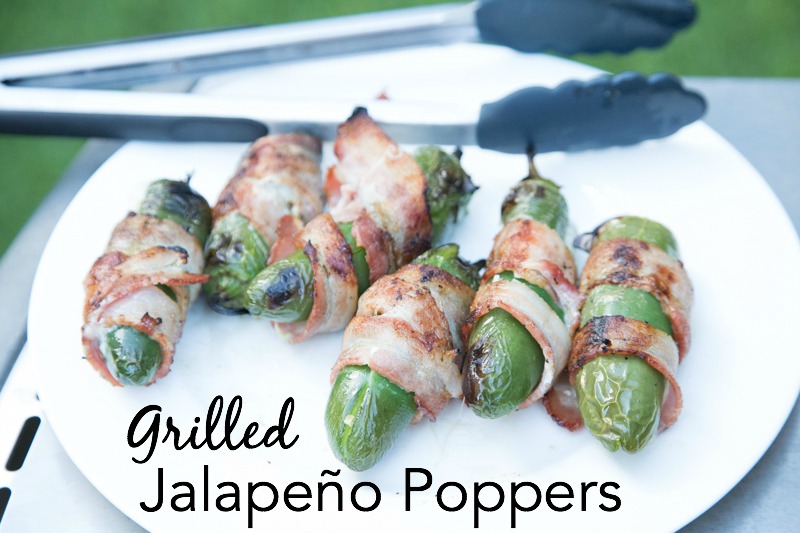 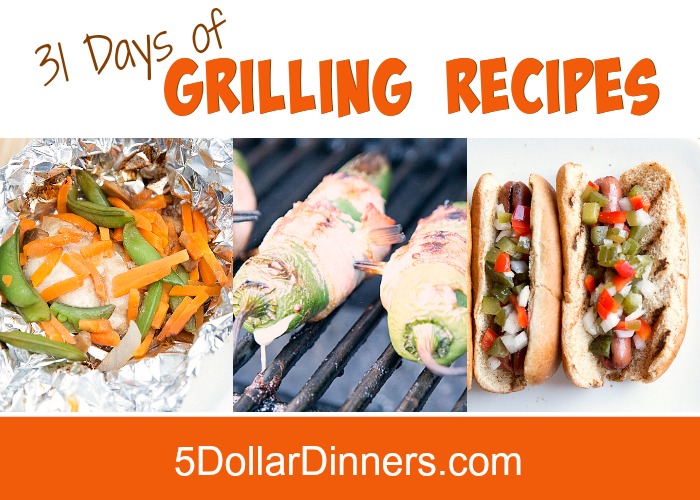 See all of our 31 Days of Grilling Recipes here!