I’m conflicted on what to call these. Here’s why…

But really, they are more like blondies (because they have no chocolate or cocoa to give them a darker color)…

But then, why not “orangies” (because they really show off the orange pumpkin puree color)…

Brownie – Orangie – Blondie – I don’t really care what you call it, I just want you to make them!!

I mean, just look at them… 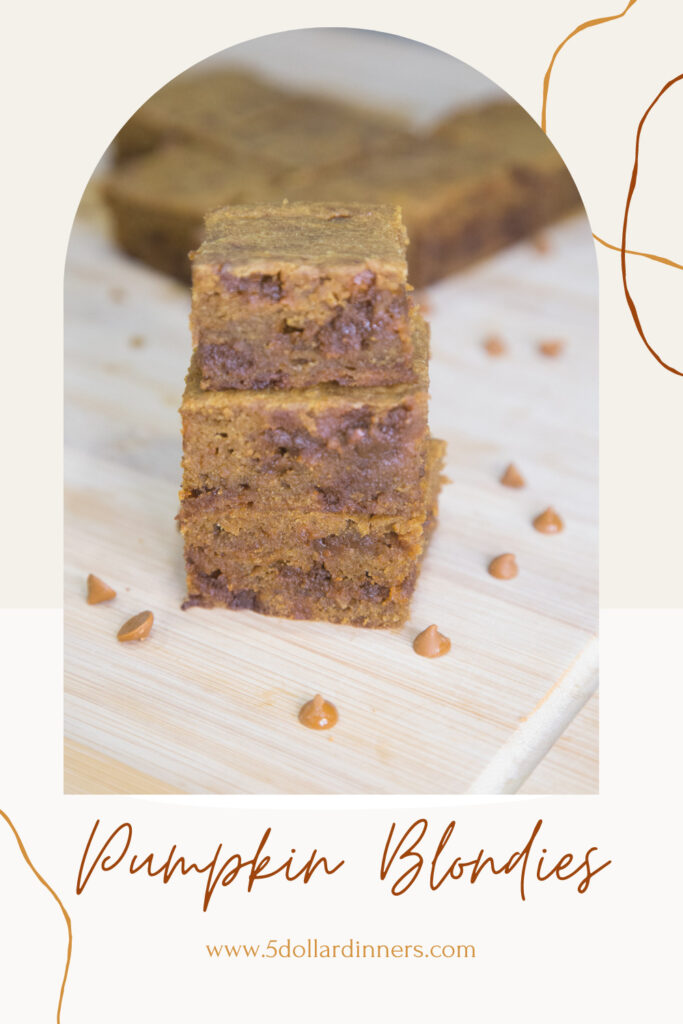 The pumpkin spice is not over powering – the cinnamon sweetness is the perfect complement to the pumpkin based blondies.

When baking with pumpkin, you have to “work against” the density of the pumpkin puree. Most single batches call for a 1/2 cans worth of pumpkin puree.

I’ve blended pancake batter to help aerate it and work to make the pumpkin a little fluffier and less dense.

I went the same concept for these blondies. 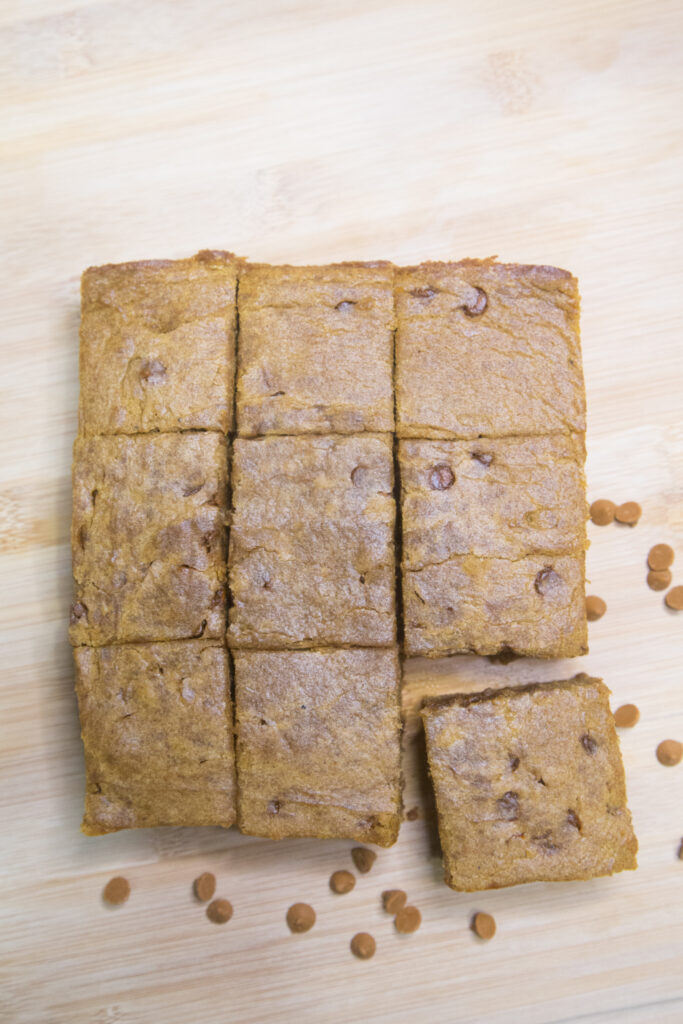 Whether you are using a stand mixer or a hand mixer, I would highly recommend using the whisk attachment and/or whisking really well in the first step – the goal is to aerate and “fluff-ify” that dense pumpkin puree.

VIDEO: How to Make Pumpkin Blondies with Cinnamon Chips

With that, here’s the recipe – enjoy! 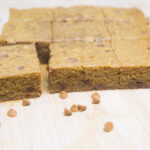 Homemade Pumpkin Pie Spice Recipe The cheapest option I found online is the Hershey's website. Your local grocery store might have them for less! 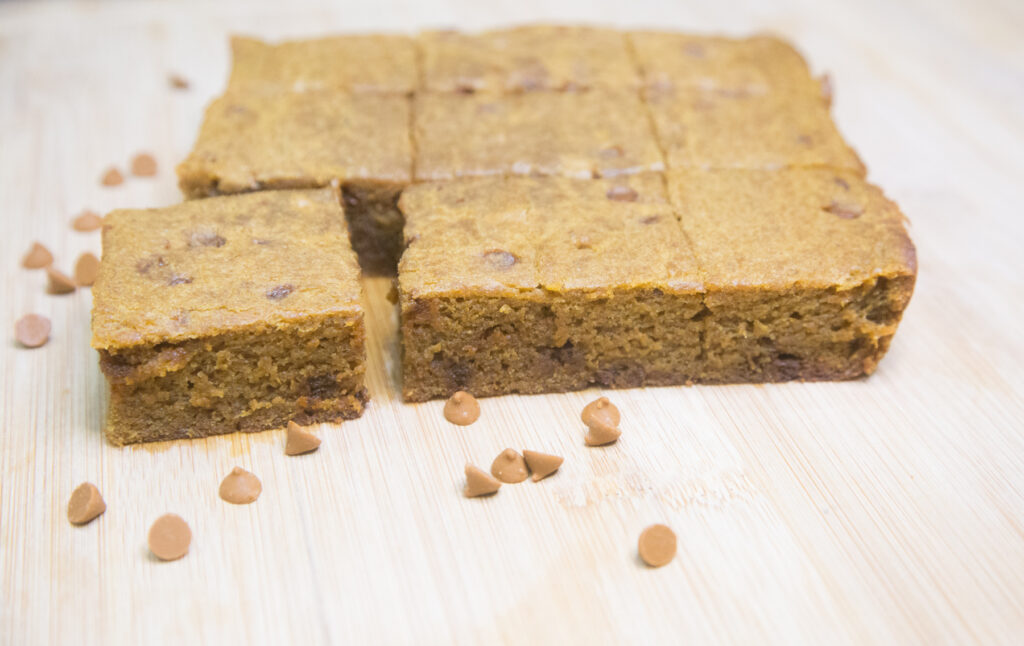