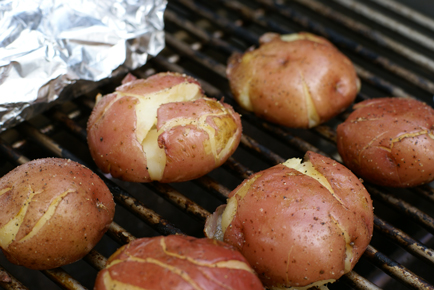 For our 4th of July party, my MIL said she would be bring steaks. (Yes, please.)

Steaks rarely fit into the $5 Dinners budget, so I was ecstatic that she would be bringing some to grill. I thought I’d grill some red potatoes to go with the steaks…but I was concerned with how long it would take to grill them. I discovered a method that would work perfectly.

Fire up the grill and let it get toasty warm.

We want to hear a sizzle when we put down the steaks/sausages/chicken, and the potatoes. 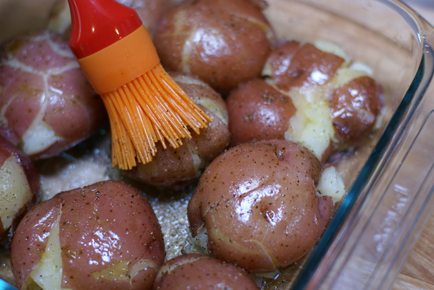 Time Saving Trick: Poke a hole into each potato and microwave to cook through faster than boiling. Cook 4 to 5 minutes, 6 potatoes at a time. Cooking time might vary based on how thick potatoes are. Cook until softened. 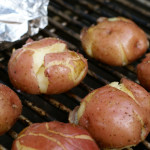