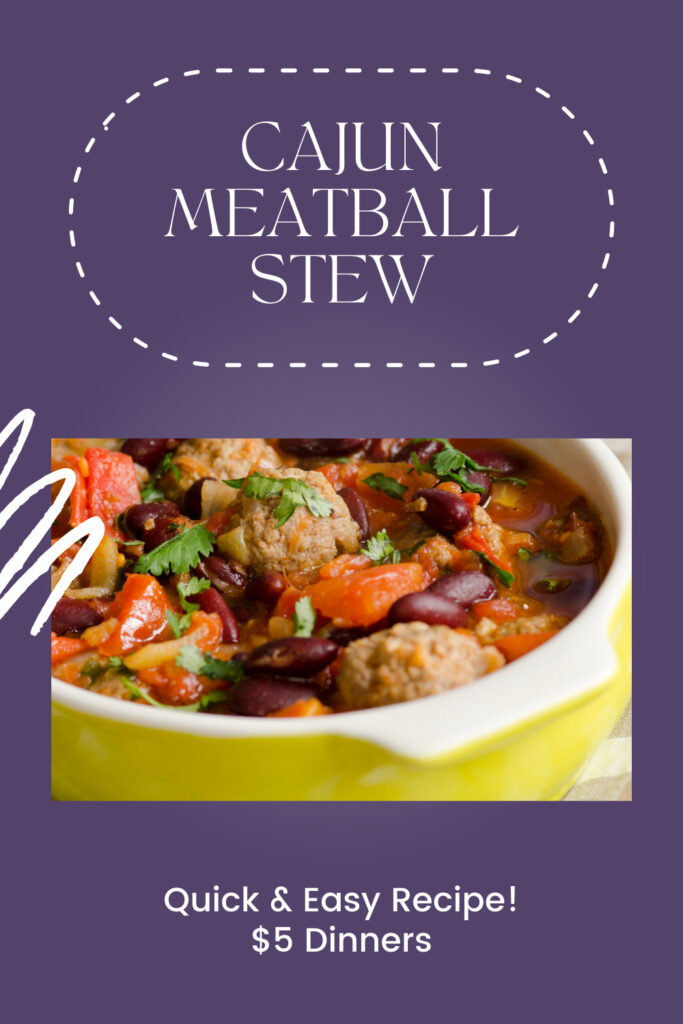 Several months ago, Jamie emailed me a very simple recipe for Cajun Meatball Stew.  It’s one of those recipes that has been sitting in the back of the recipe file in my brain…waiting for it’s chance to be made. And enjoyed!

As I was doing the freezer inventory last week (and working on the Freezer Staples List), I noticed that I had several bags of frozen meatballs.  Just your basic meatballs, mixed up and frozen raw.  Perfect!

The meatballs were ready…just need to prepare the base for the stew. And get it going on the stove!  (Love that I was able to skip the meatball making step of this recipe.  Batch Cooking certainly has its advantages!!!) 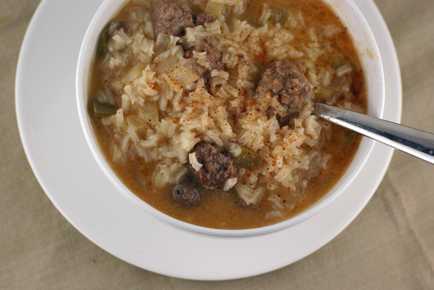 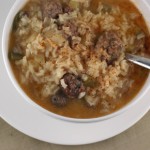