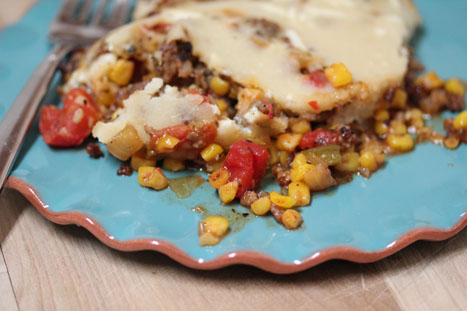 So we’re just going to jump right into this one.

So I can show you were we went from vintage to modern! 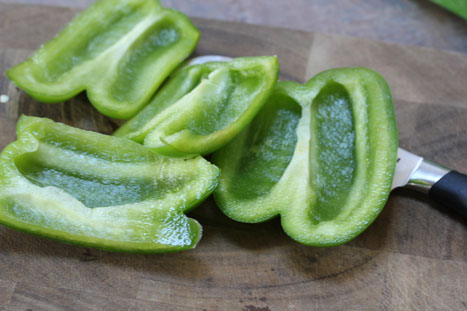 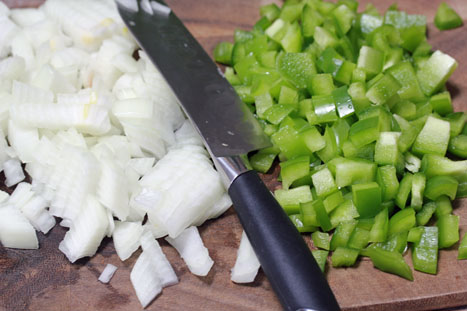 Do the same to the onions. 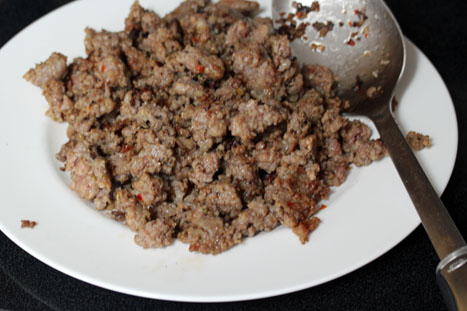 Brown a pound of sausage in a cast iron skillet. Set aside on a plate.

(But keep a few, because you’ll want some to saute the peppers and onions.) 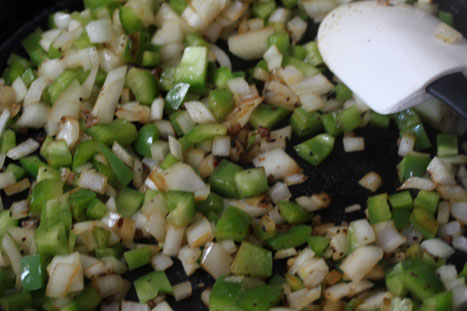 Add the diced peppers and chopped onions. Saute for 4-5 minutes, or until they begin to brown. 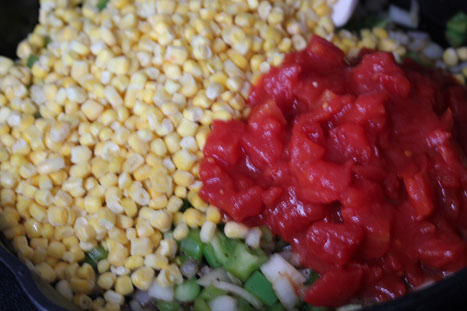 Stir in the frozen corn and undrained can of diced tomatoes. 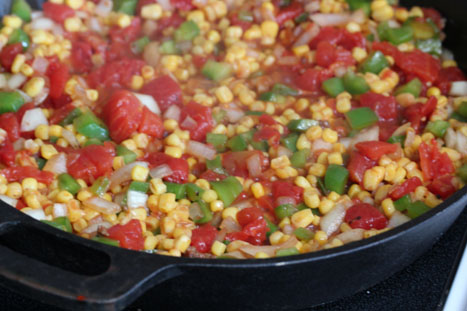 Stir together and let simmer 10-15 minutes, or until juices cook off. 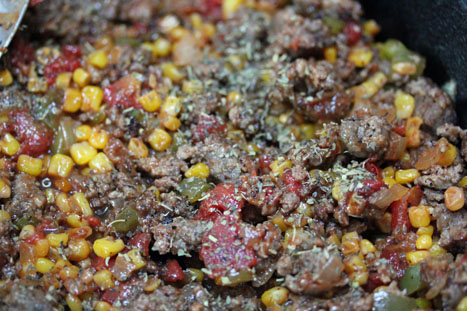 Add the sausage back in with the veggies. Add a little Italian seasonings.

Here’s where I got stuck. 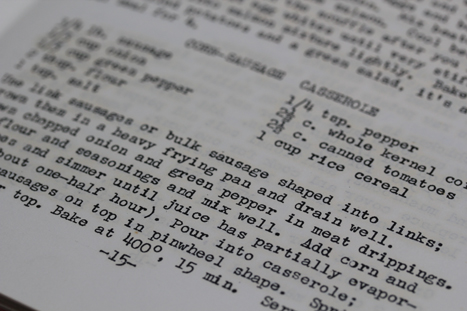 At this point, according to the vintage recipe, you are to top with rice cereal and bake for a bit. 15 minutes, a bit.

As in “the stuff that I have leftover from the 3 days that Tyler actually ate rice cereal” rice cereal.

I couldn’t do it. Didn’t even want to try it.

The recipe must be referring to some other “rice cereal” product?!? 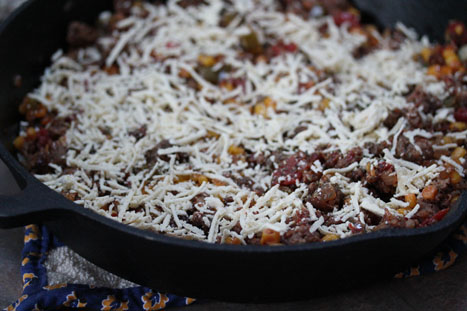 So I topped with some dairy-free, soy-free shredded mozzarella cheese. About 1 cup.

(Which is more expensive…but I will include the regular price for shredded cheese below.)

(This is where I would have added some Parmesan cheese too. About 1/2 cup.) 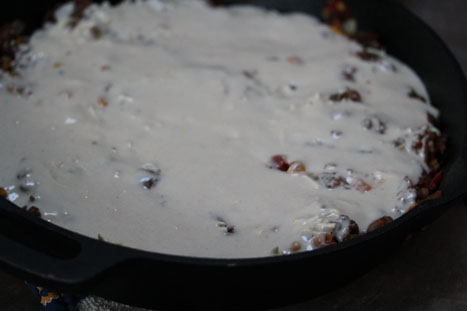 Mix up the dough ingredients in a bowl and pour over the top. 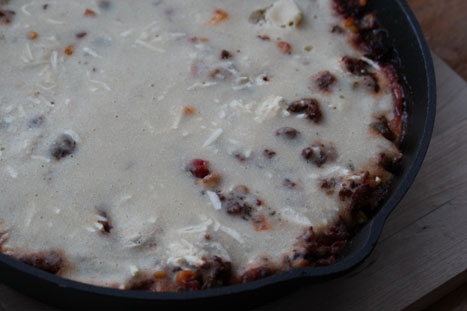 Polish off the entire skillet. 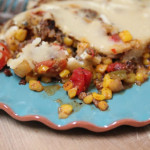 Corn and Sausage Casserole - Vintage Recipe (with a modern twist!)