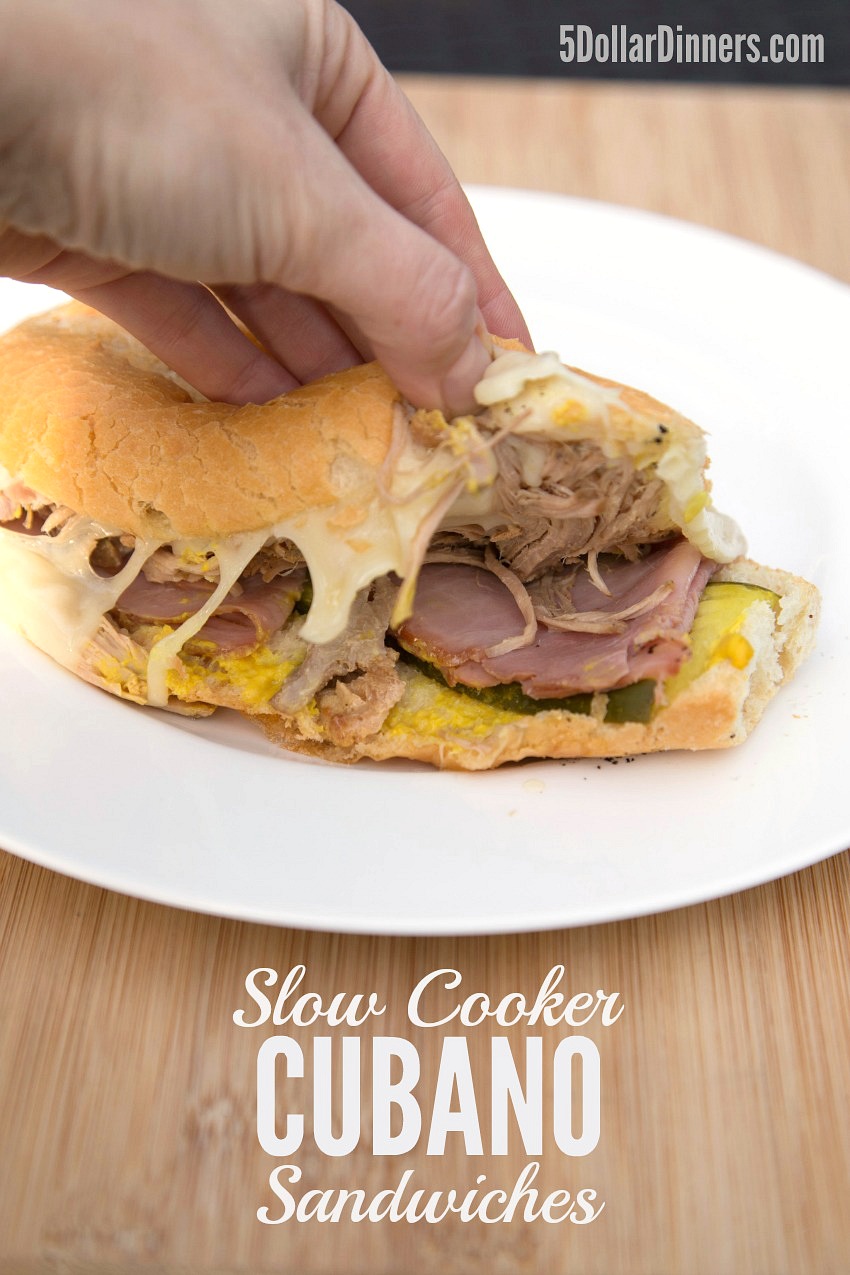 I used a hoagie roll…because that’s what was cheapest at my store last week. But, a flatter/thinner bread is the more traditional bread for a cubano sandwich.

These are inspired by the movie Chef. Great movie (if you can ignore the language!), great story and great FOOD.

It’s about a chef who quits the restaurant life and starts a food truck making cubanos. That’s all I will say, go watch it. It’s goooooood.

For these sandwiches, I didn’t roast the pork…I cooked it in the slow cooker with some orange juice and cumin. Then I loosely shredded it and strained off the juices and assembled these bad-boys. These delicious, drool invoking bad-boys.

Now it’s your turn…plan a “Cubano” night…make these and watch the movie Chef. <3 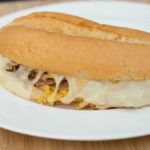 This recipe is featured on Meal Plan Monday #106.