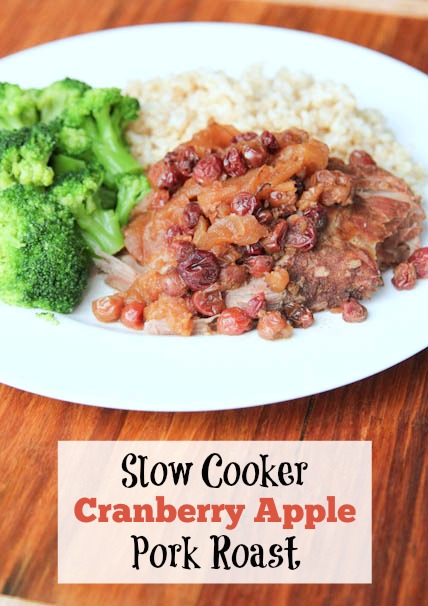 So pork tenderloins were on super sale last week. So I bought one…with the intention of cutting it in half to use for 2 meals. I’d originally thought I would make 2 different meals, but as I was mixing this recipe up…I was completely overcome with the smells of the cranberry sauce and the many holiday memories that came with it. I got out another apple and another can of cranberry sauce and dropped the other half with the mixture in the freezer. We’ll have it later this week…on one of our “busy afternoon days” when I just need dinner to be ready to go right at 6 pm.

This is super simple, using ingredients that are in “high season” right now. Please don’t pay more than $1 for a can of cranberry sauce. Or for a bag of fresh cranberries. Keep your eyes peeled, you’ll find the deals! Apple prices fluctuate wildly, depending on the week and the variety, but I stick to the less than $1/lb varieties.

Note: Recipe written below is for “double portion” – half to eat, half to freeze. 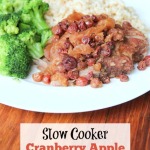 This recipe is doubled so that you can make one, and freeze one!
Prep Time10 minutes
Cook Time8 hours
Servings - 8 servings