You gotta make this before summer officially ends. (Down here in south Texas, that means I have about 2 more months to make this. LOL)

This is a fabulous summery dessert and you MUST MAKE IT.

Here’s how it will look on your countertop… 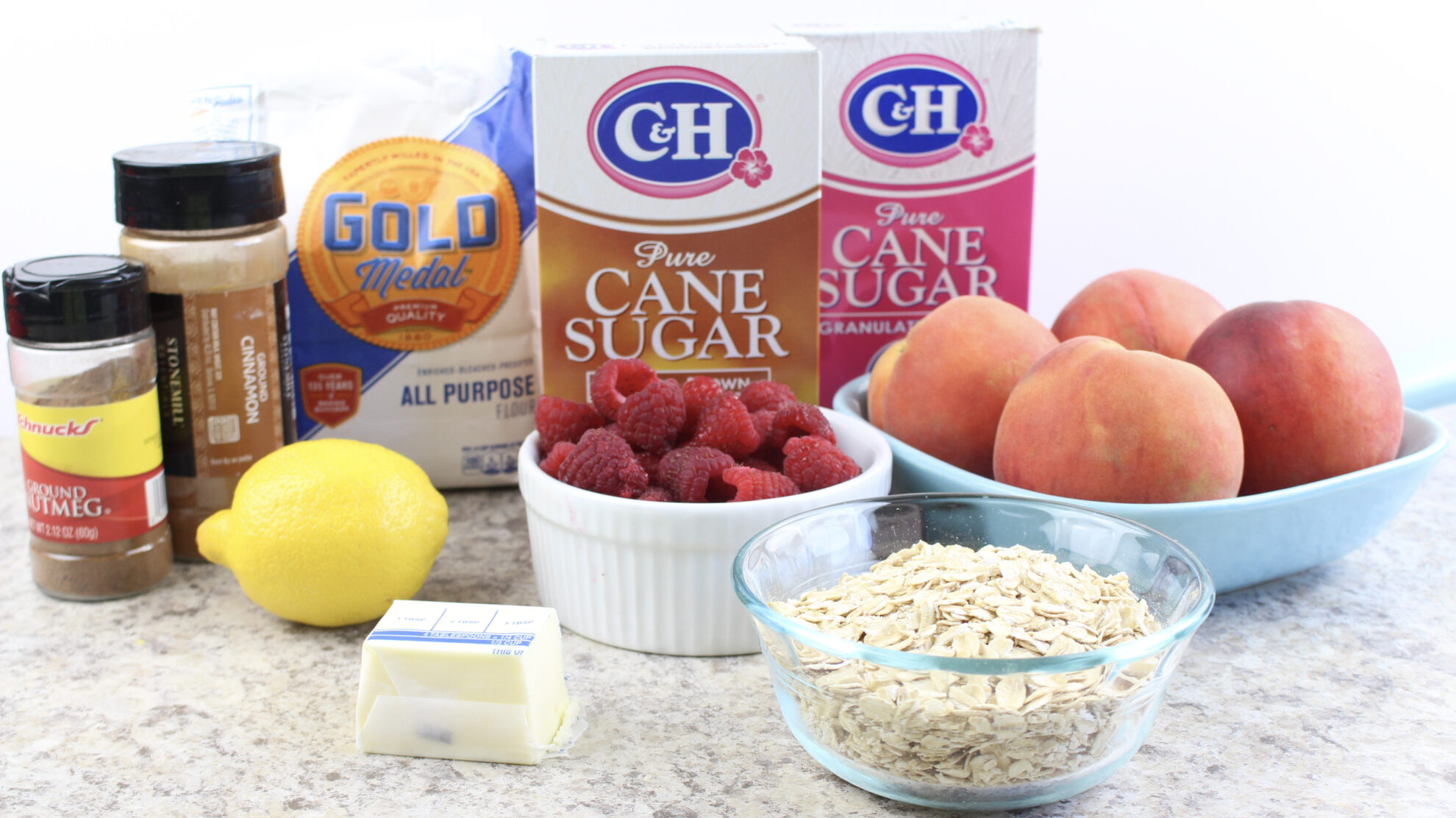 The invitees to this party! 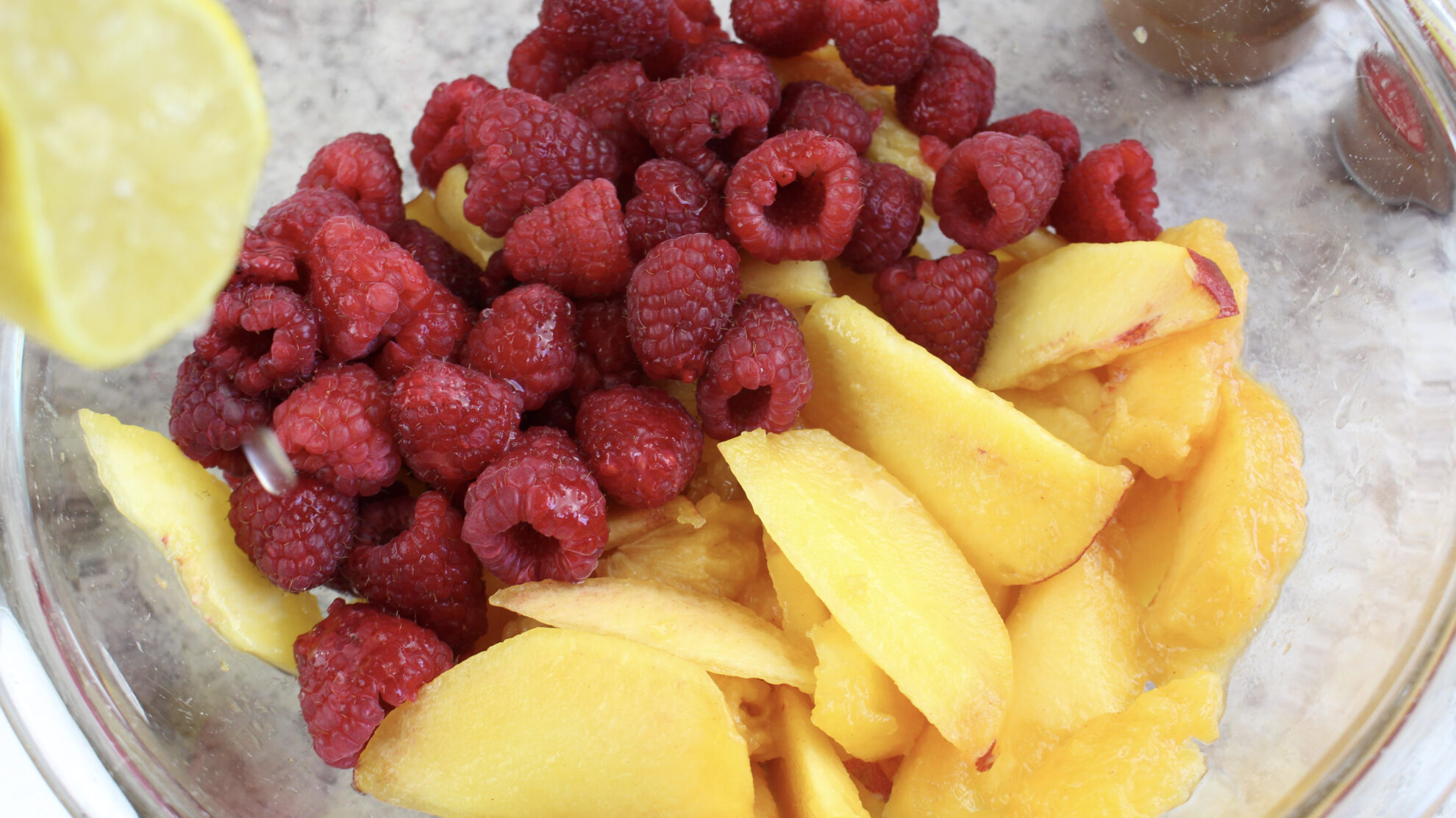 Add the fruit to bowl, and toss with lemon juice. 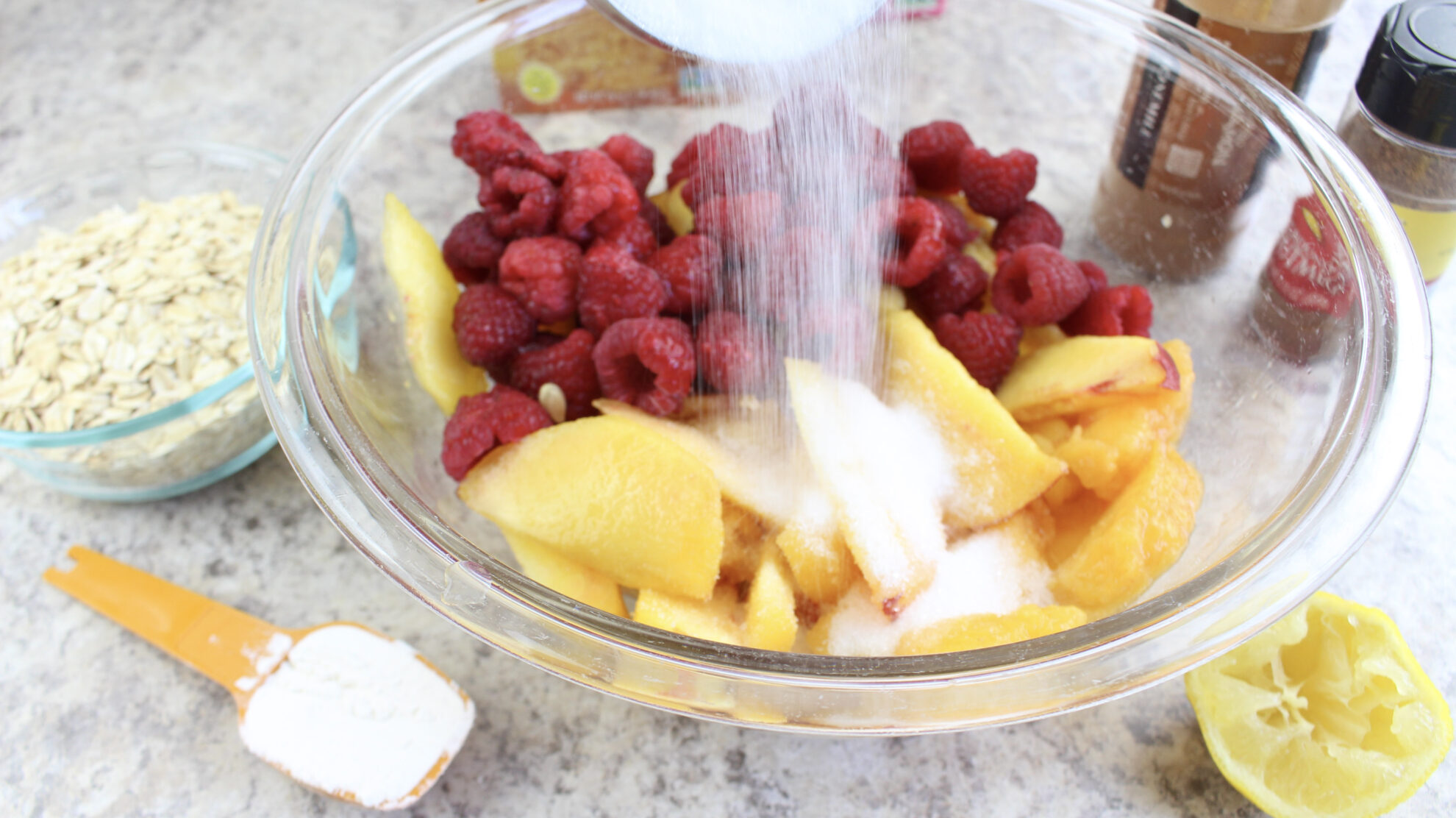 Add in the sugar, some of the cinnamon and some of the flour. (Read the recipe carefully!) 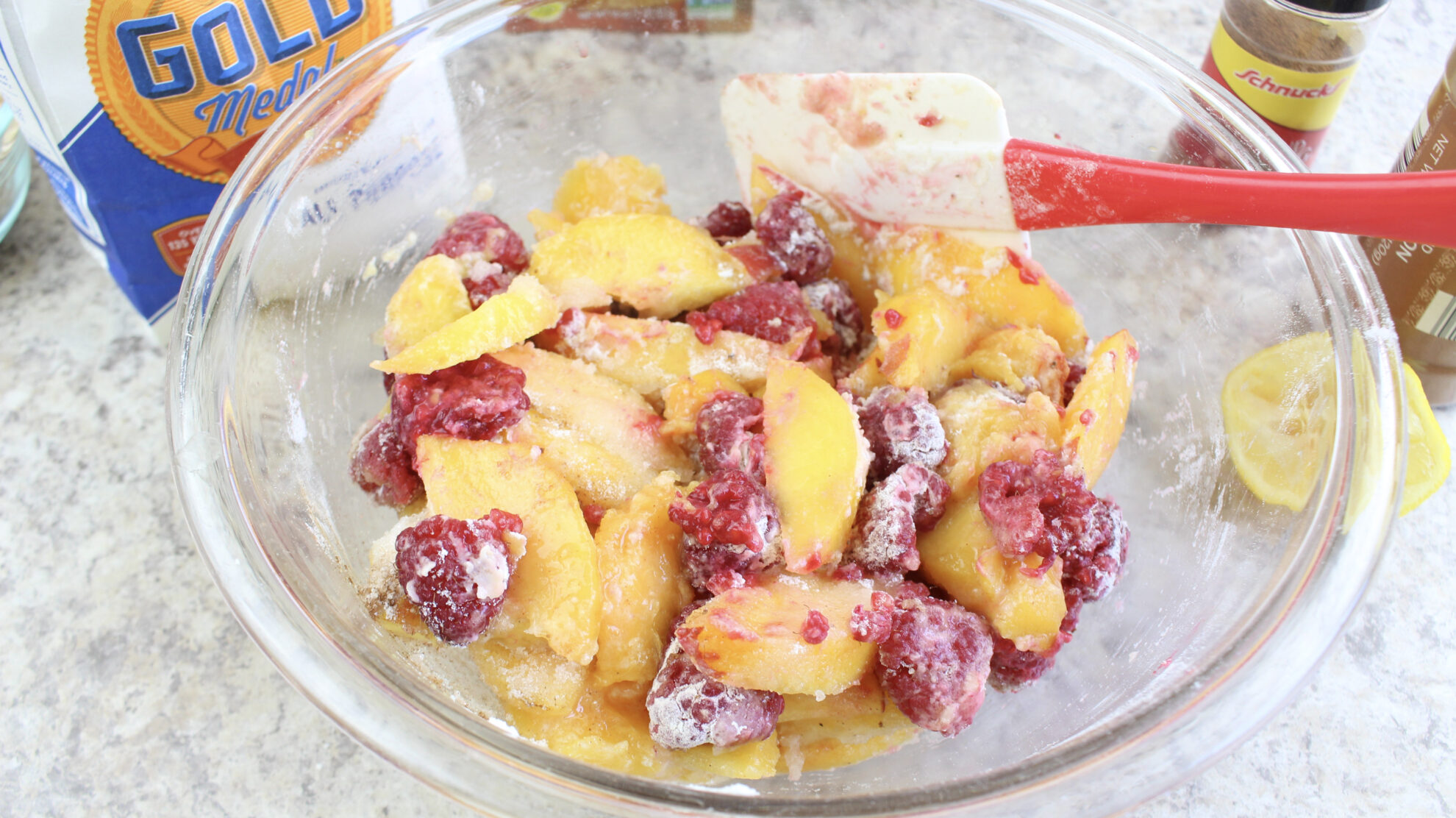 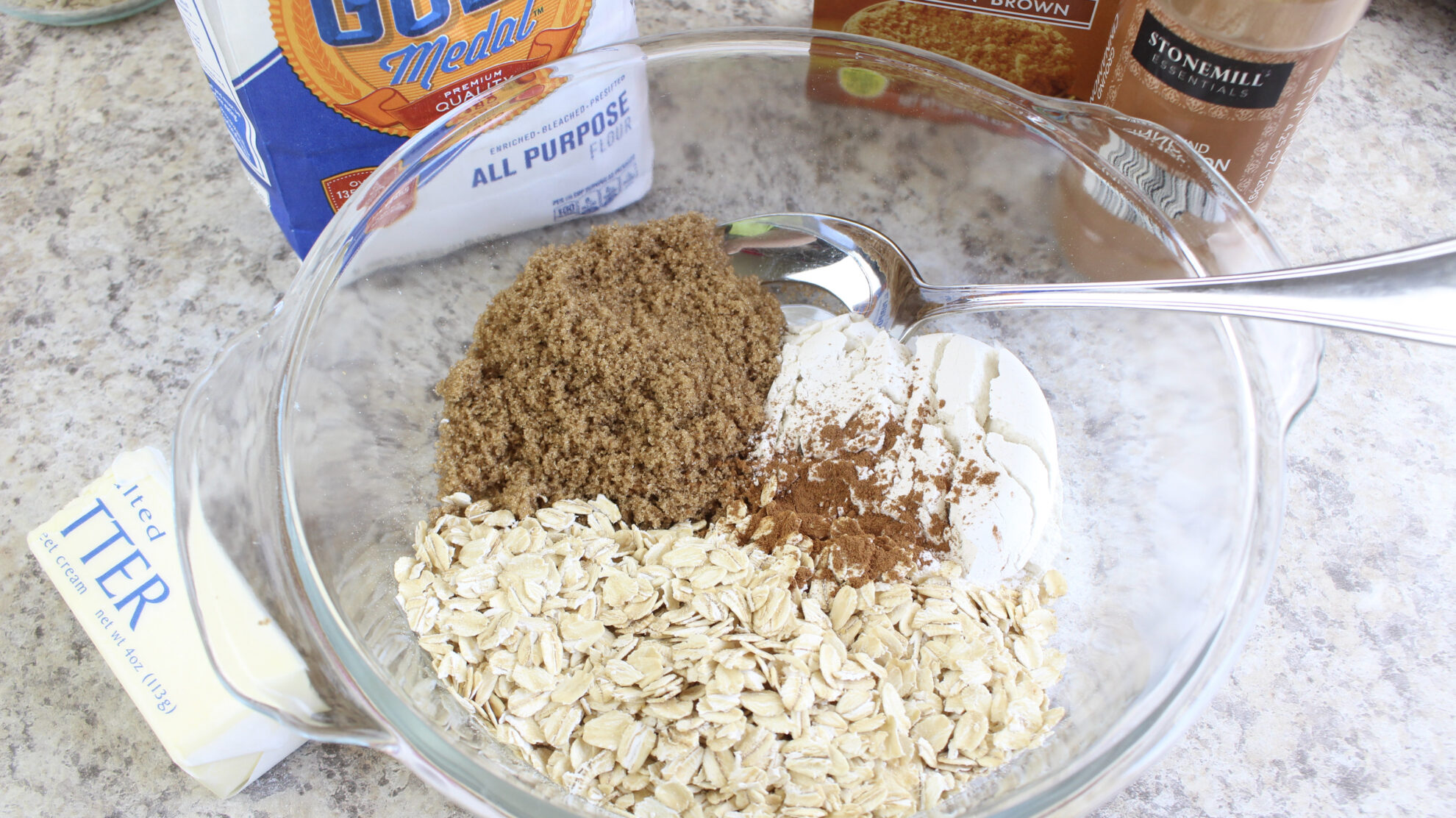 In another bowl, combine the oats, brown sugar, flour, cinnamon. 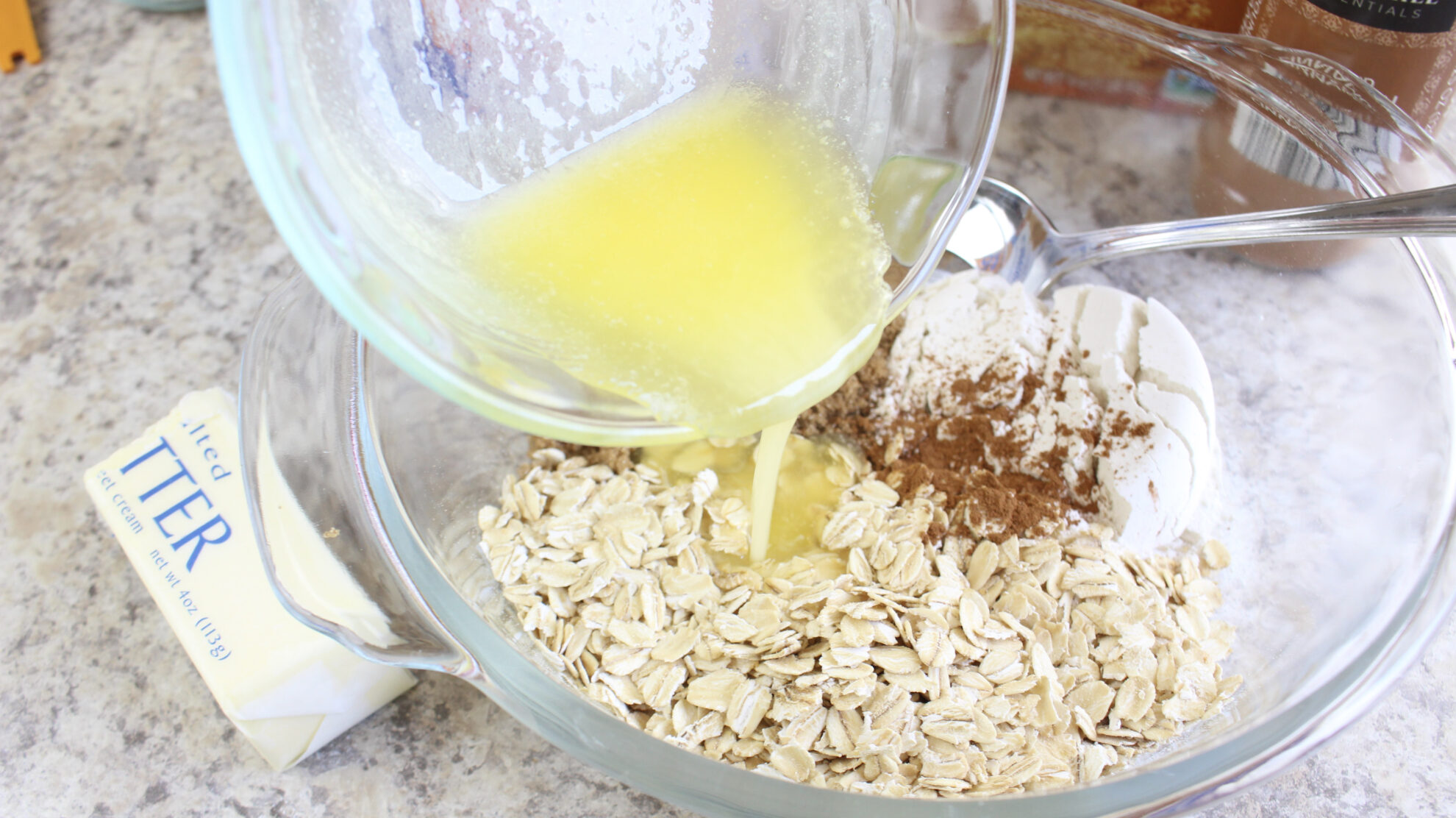 Then toss the melted butter with dry ingredients.

Place the fruit into the skillet.

Add the crisp topping on top and then bake as directed. 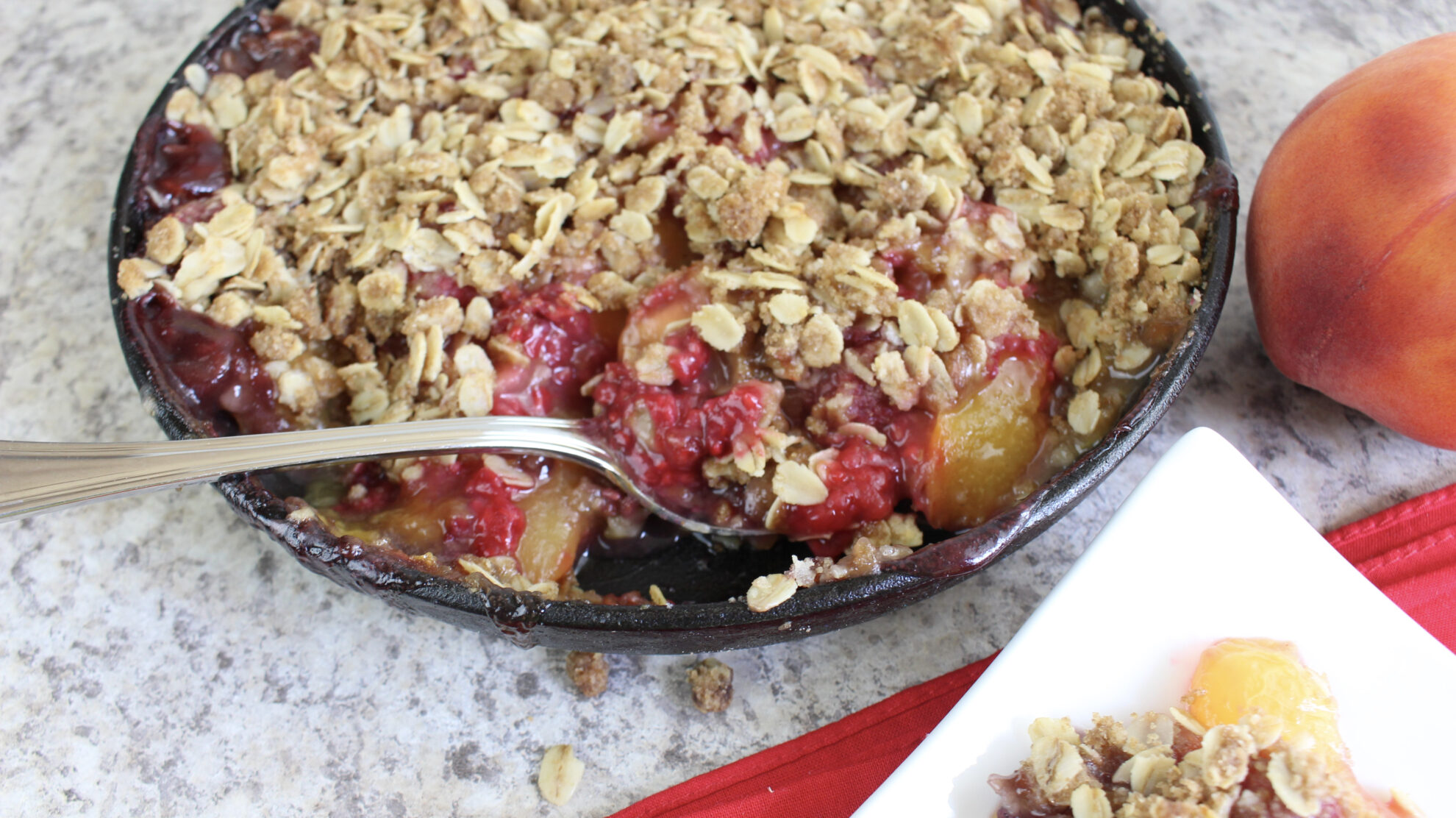 Enjoy, as is or with some whipped cream or ice cream! 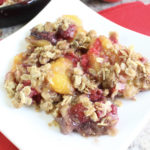 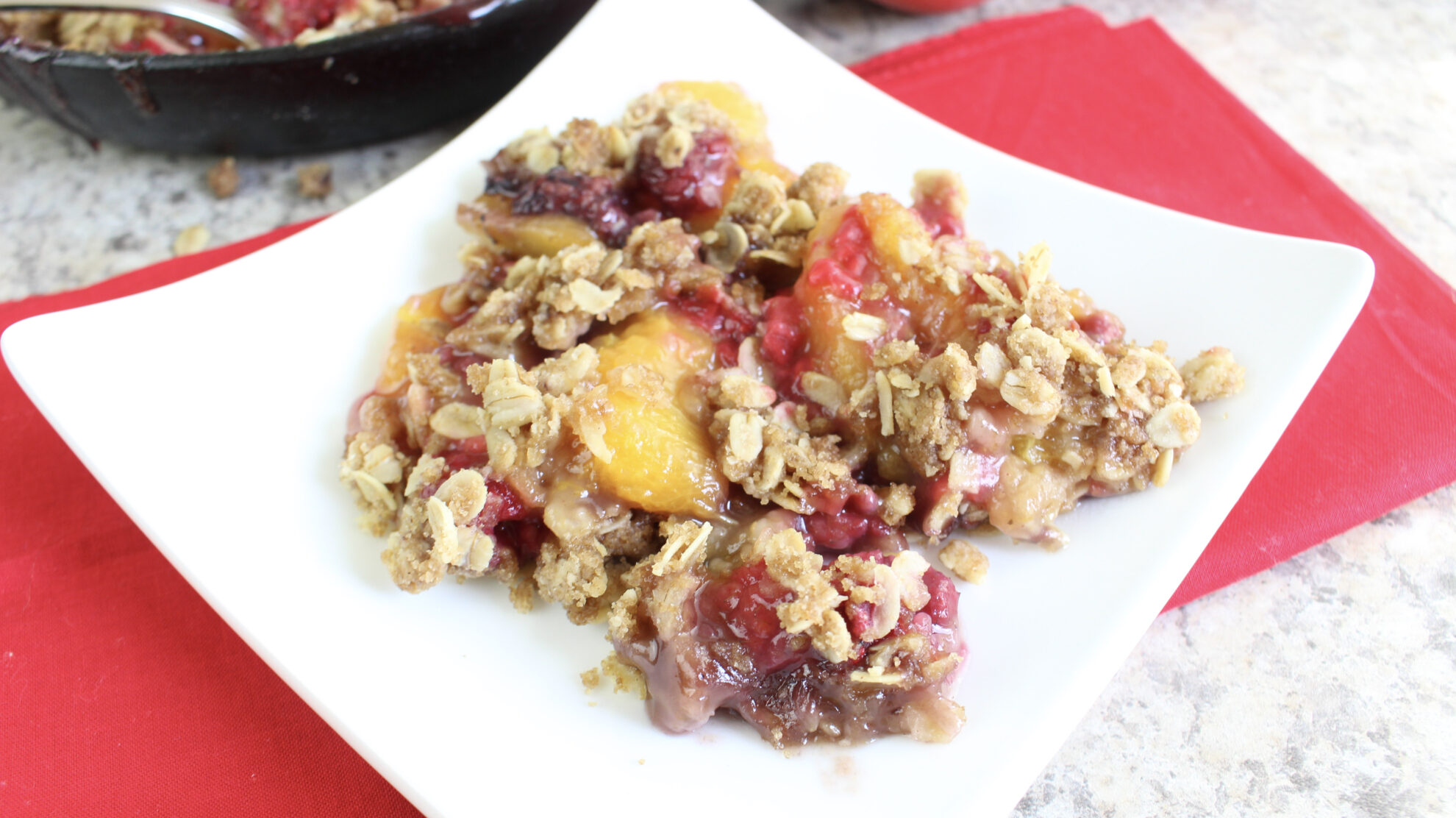