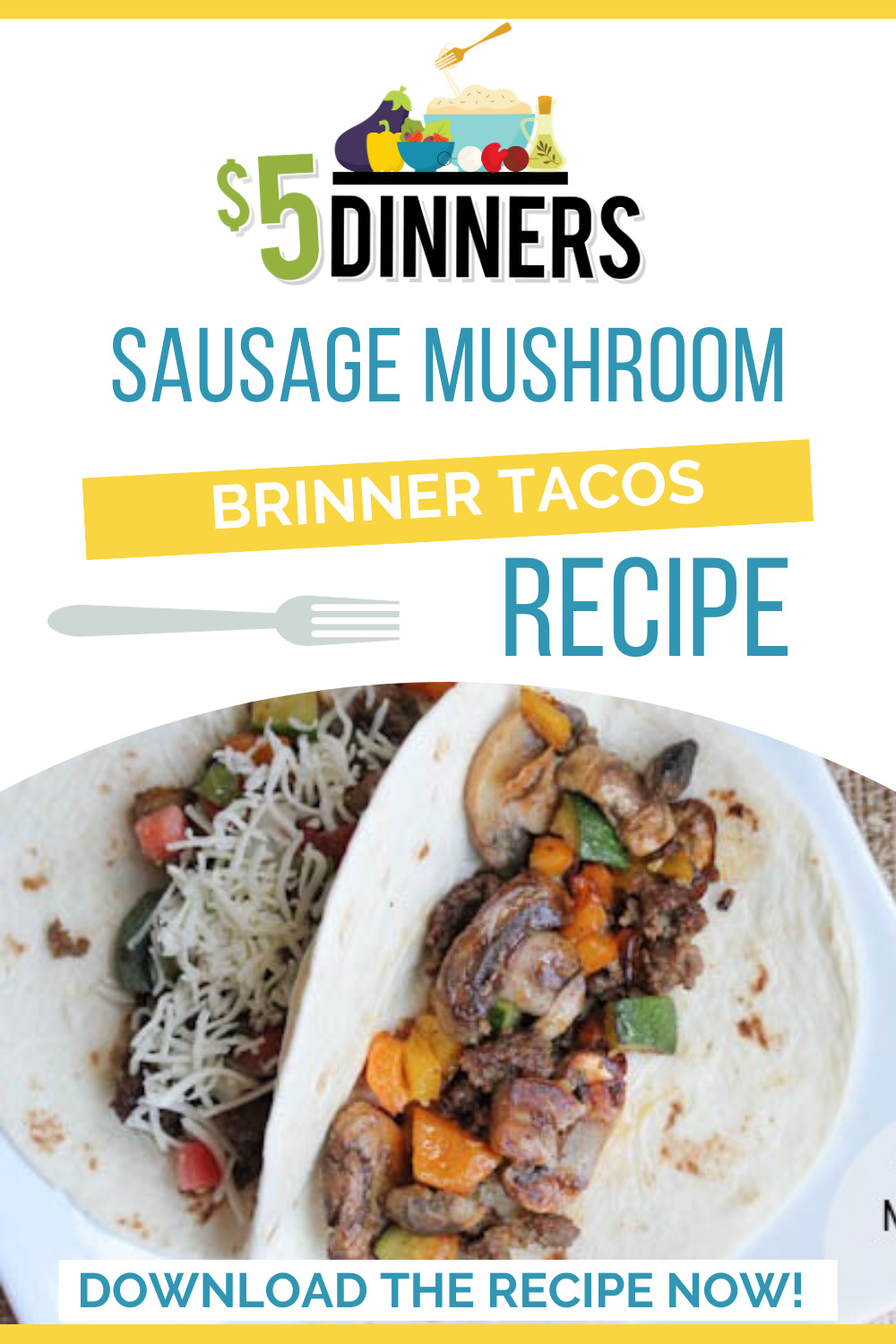 Soft tacos that aren’t traditional tacos because they use breakfast sausage, mushrooms and some veggies…sizzled to perfection, then garnished and rolled for consumption. At breakfast, lunch, or dinner…it doesn’t matter, these “Brinner Tacos” are perfect. Top with whatever you’d like…we added fresh pico de gallo and some shredded jack cheese. I think a little dollop of sour cream or even guacamole would have been a great addition too.

(Also, I doubled up and froze the extras! Perfect “on the go” breakfast, or “grab n go” lunch for Steve!)

These delicious tacos don’t have any eggs, so I’m having a hard time calling them “breakfast tacos.” But they have breakfast sausage, along with some sliced mushrooms and other veggies, so I’ve settled on “Brinner Tacos”
Prep Time5 minutes
Cook Time10 minutes
Servings - 4 servings 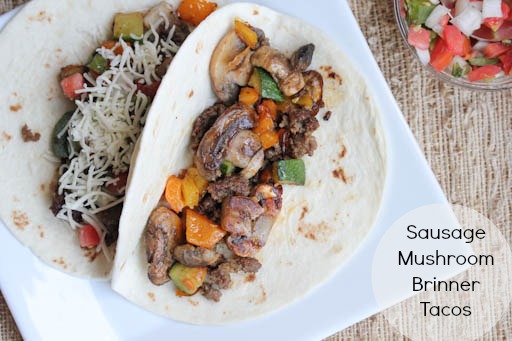