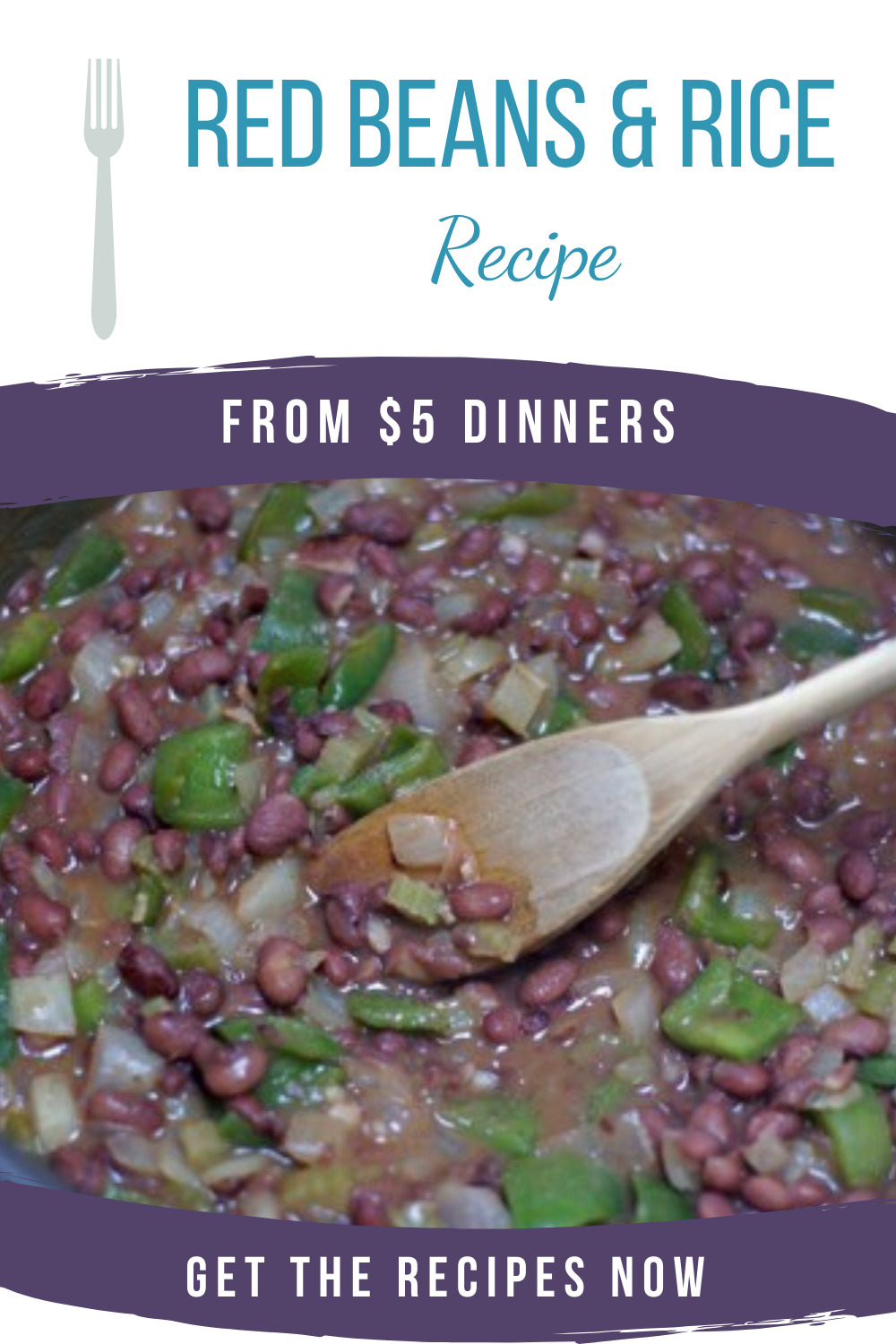 I’ve been wanting to whip up Red Beans and Rice for a month or two. Ever since I picked up Creole seasoning at the store to make Jamie’s Cajun Meatball Stew, really. I turned to the one man who could help me make the best Red Beans and Rice with what I had on hand.

We’re on a first name basis…because well, he’s on a first name basis with everyone! So, Emeril has this great recipe with all sorts of ingredients to make extravagantly delicious red beans and rice that probably cost $20-$30. I looked over the ingredient list…pulled out what on the ingredient list I had from the pantry and freezer. But I had to get creative for the sausage/ham part.  I had neither sausage nor ham…but I did have turkey bacon. (Remember that $.99/pkg turkey bacon!) That would have to do for the “smokiness” flavor that the ham or sausage would give.

Toss it all together in a pot…and let it simmer…and fill your home with the smells of Louisiana (pronounced “lose-i-ana”!)

Here’s my $5 version…served with a side of corn.


(It’s really not anything close to Emeril’s recipe…but it did the trick!) 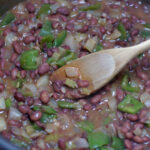 Toss it all together in a pot…and let it simmer…and fill your home with the smells of Louisiana!
Prep Time55 minutes
Cook Time1 hour
Servings - 4 servings 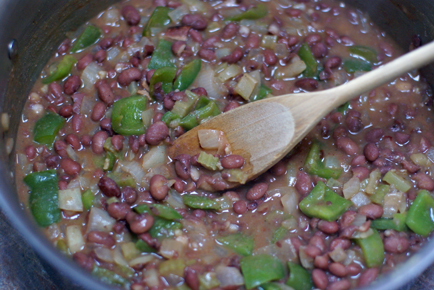