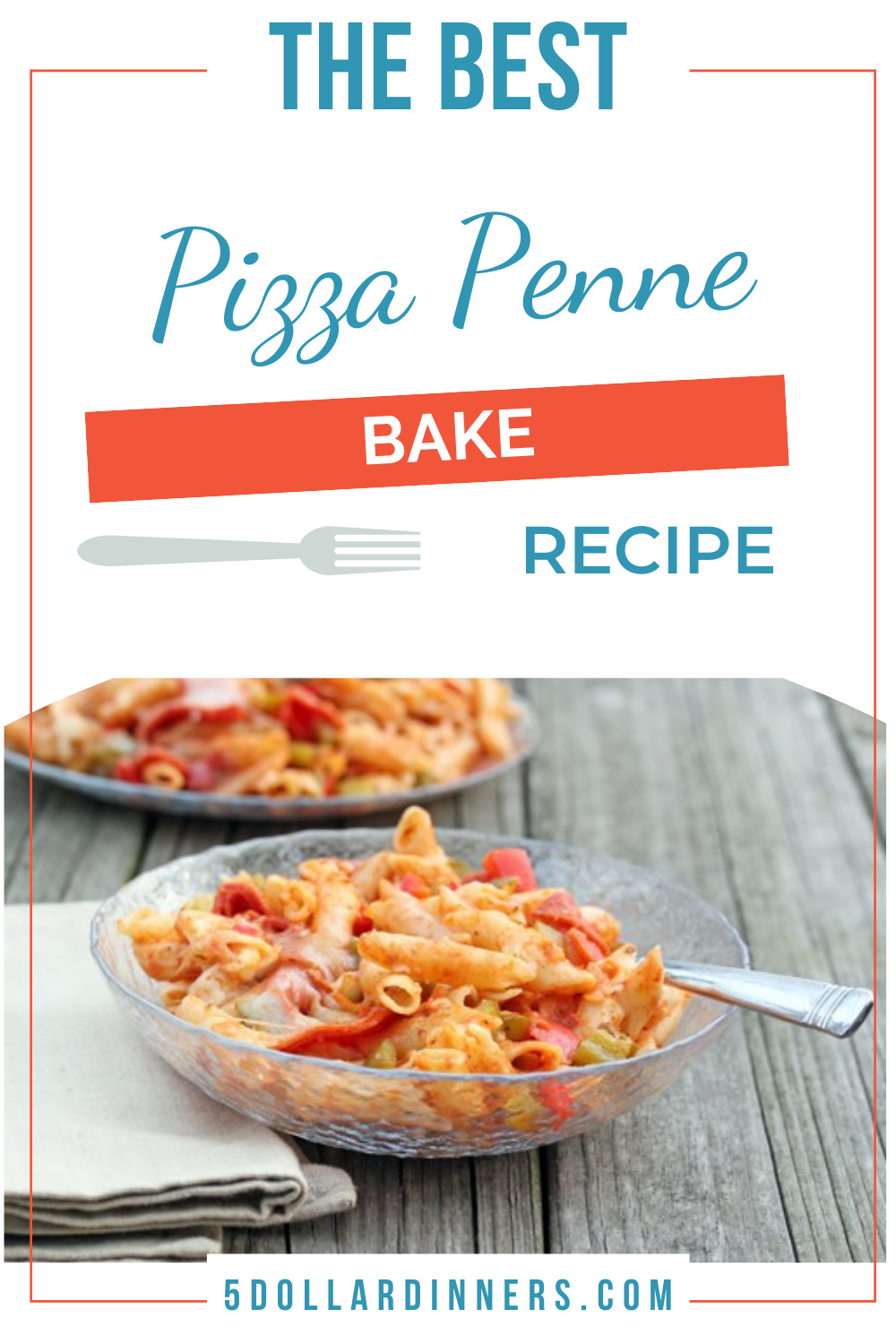 There comes a time in every home cooks life when you really, really, really have a hankering for pizza. Except dinner is in 30 minutes. And you have no store bought dough. And no time at all to put together a dough, let it rise, etc.

Might I suggest this pizza bake as an alternative?! It’s sure to cure that craving and it can be on the table in 30 minutes or less!

Here’s how it looks. Boil the pasta 10-15 minutes, depending on the kind you use. While the pasta is boiling, cut the pepperonis and the peppers and get out the cheeses.

Drain the pasta, reserving about 1/4 cup of the pasta cooking water to help thin out the pizza sauce. Put the saucepan or Dutch oven back on the burner with the water, pizza sauce, peppers and pepperoni and let cook for 2-3 minutes. Reintroduce the pasta, toss, top with the cheese and then bake for about 10 minutes, or until cheese has melted.

Pasta, pepperoni, pizza sauce, peppers and some pizza blend cheese…cooked all in one dish! 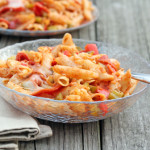 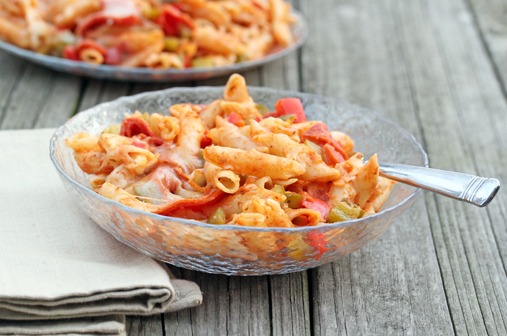