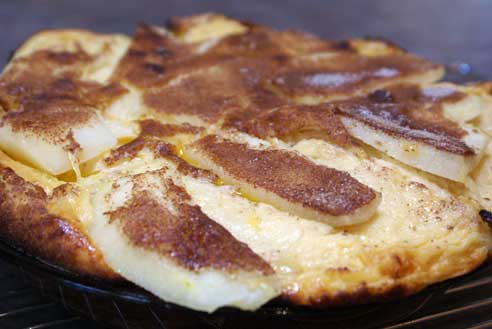 I saw this Pear Oven Pancake in a magzine, and through it was worth a try!

It took minutes to prepare, and of course filled the house with a fantastic aroma. It puffed up like a balloon, and then returned to a “pancake” look after it cooled down.

Steve and I both really enjoyed this…both for breakfast, and later as an afternoon snack! 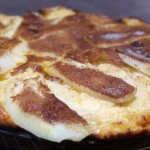