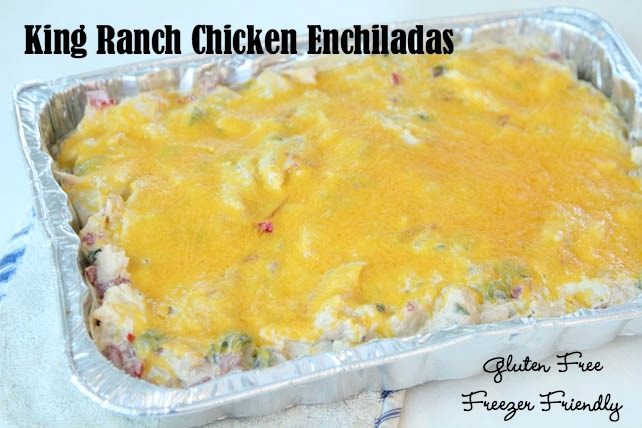 So I’ve been wanting to make this for a very long time. But haven’t had an occasion to because we don’t consume much dairy because of allergies/intolerances among family members.

When I learned that my friend needed a meal, this came up top of mind and boom, here it is.

I have enjoyed many a King Ranch Chicken Spaghetti meal…but wanted to put 2 new spins on it…enchiladas with corn tortillas so it would be gluten free…and a version without the cream of soups. Because, well…just because.

So I came up with this…a sour cream based cream sauce. And a layered enchilada casserole.

You should totally make this next time you have a meal to deliver. It will not disappoint!

(Or you could just make it for dinner TONIGHT!) 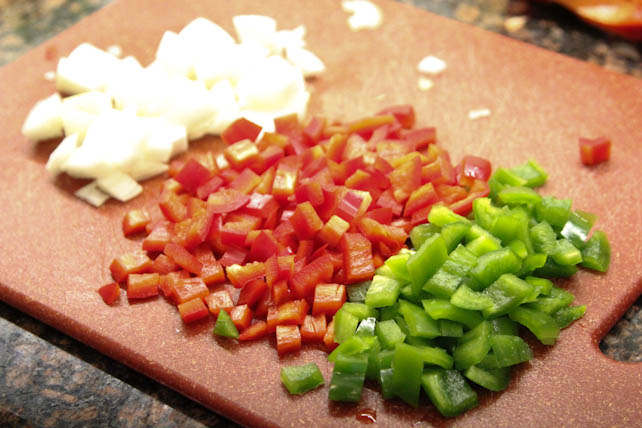 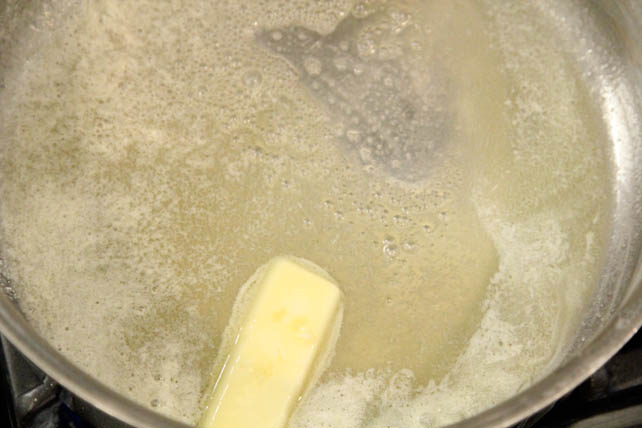 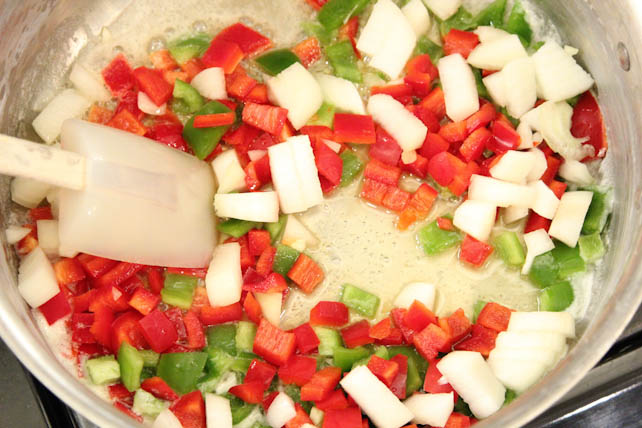 Sweat the veggies in the butter. But don’t let them lose too much sweat…as they will cook more in the sauce… 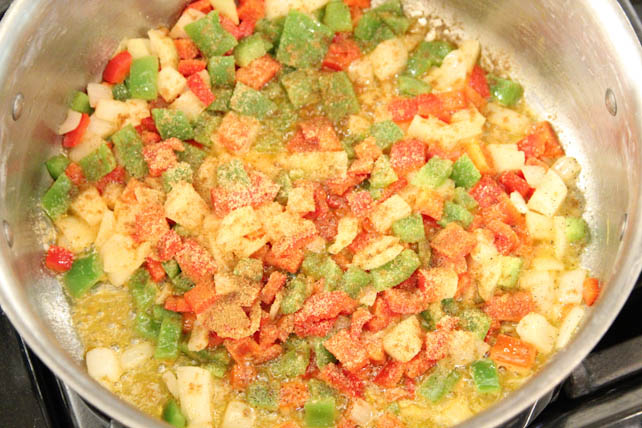 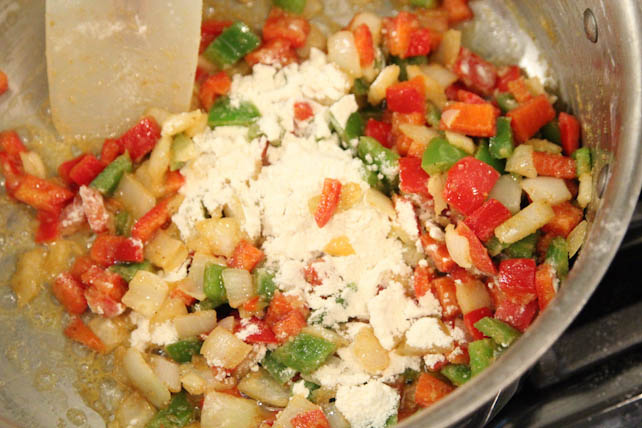 Mix in the flour. Well. 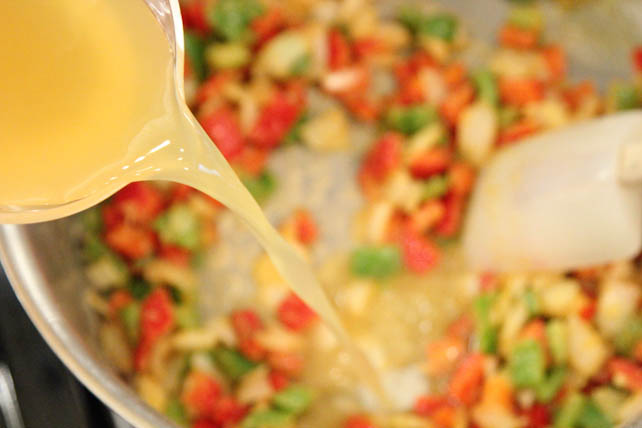 Stir in the chicken broth. 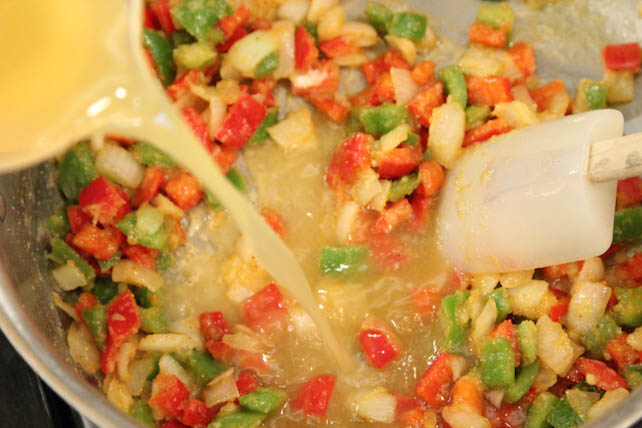 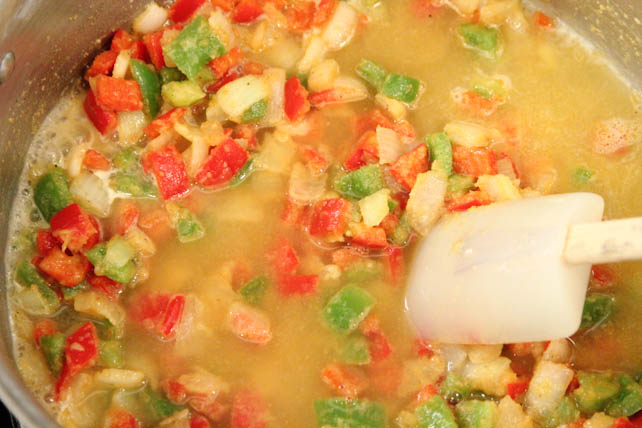 Mix well with the veggies. 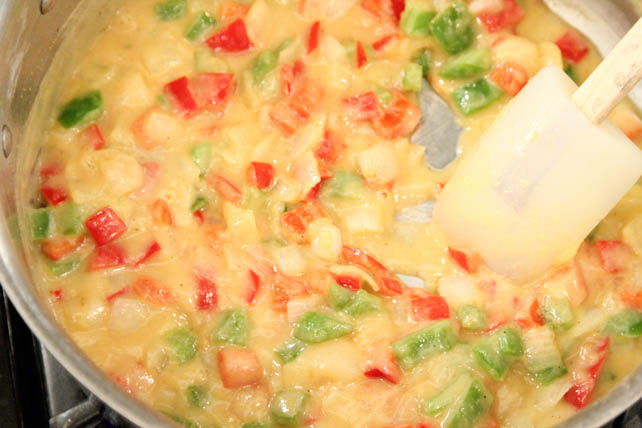 It won’t take long for it to thicken up from the butter and flour. 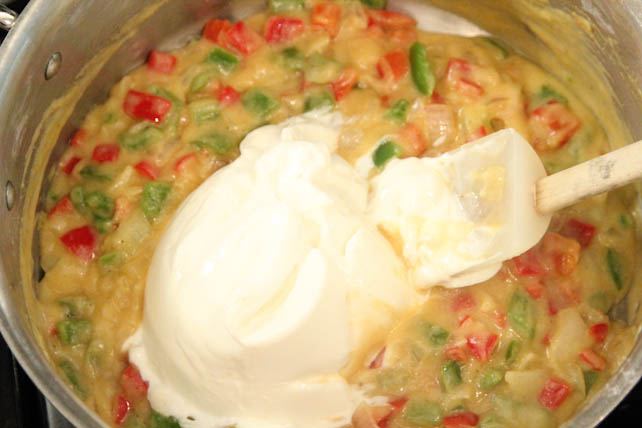 Drop in the sour cream. 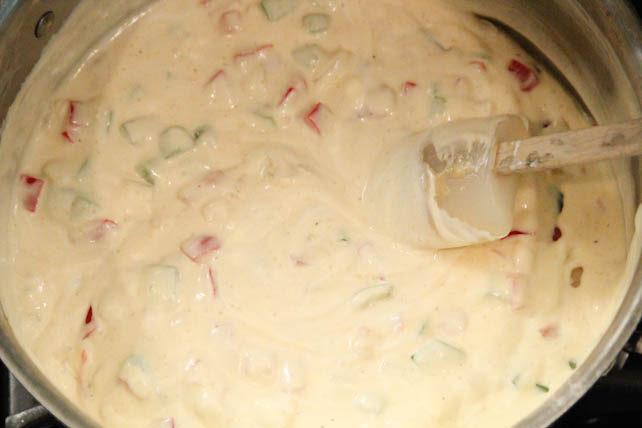 But it needs a little kick… 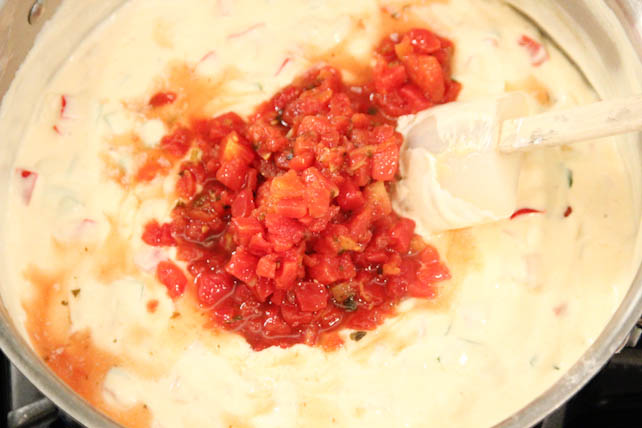 Kick it up a notch. But it won’t be too spicy for the kids…thanks to the sour cream toning it down some.

If you want a spicier version, add some chopped jalapenos, poblanos or serranos. Or 1/4 cup of green chilies. 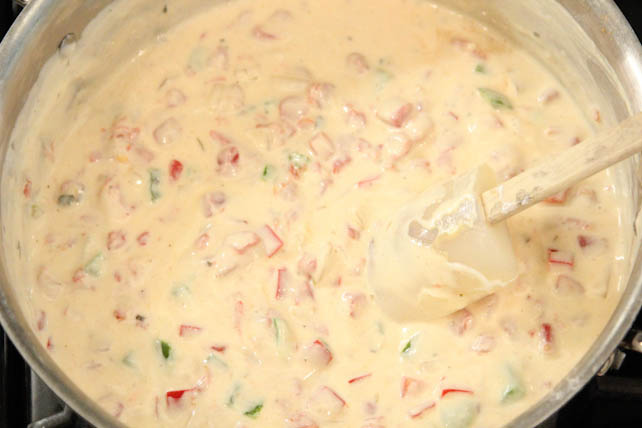 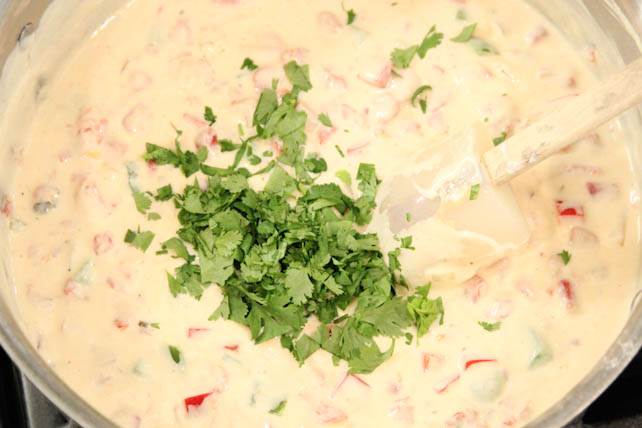 Because I love cilantro.

Omit it if you don’t. 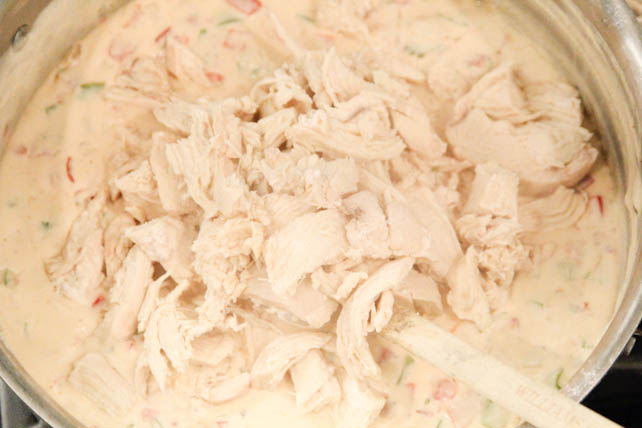 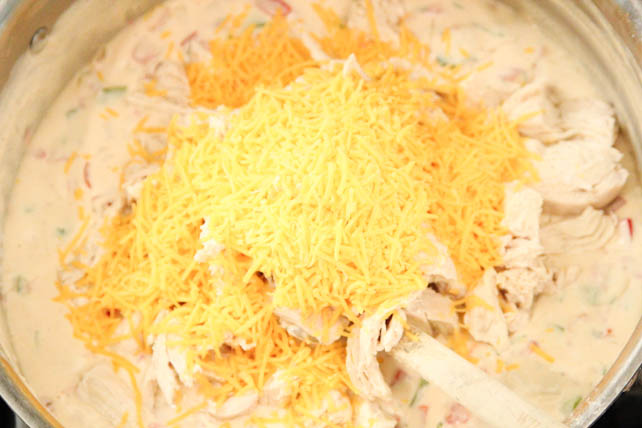 With 1 cup of cheese. 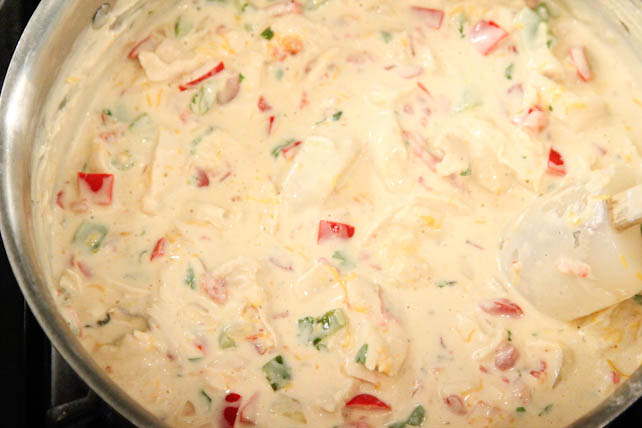 Don’t mind me while I just eat spoonful after spoonful straight from the saucepan. 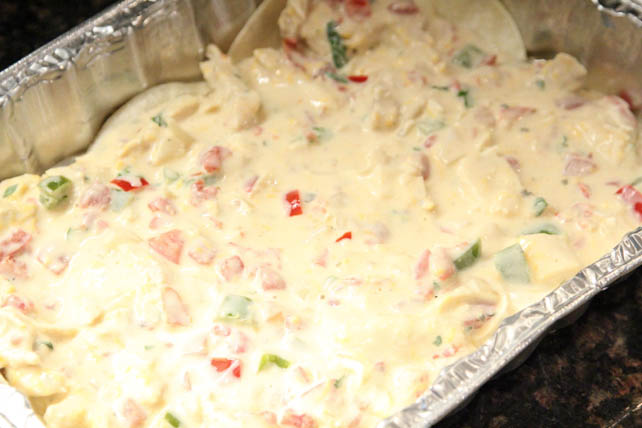 Half of the chicken mixture.

Other half of the chicken mixture. 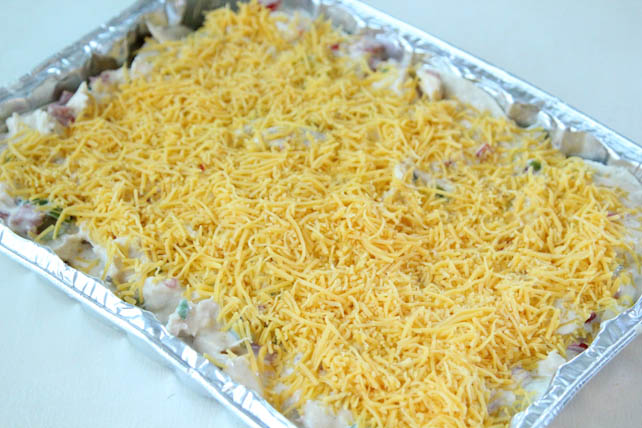 the rest of the cheese. 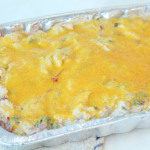 Devour. I doubt there will be leftovers. I dare you to have leftovers.

I double dare you. No, I double dog dare you! 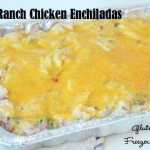