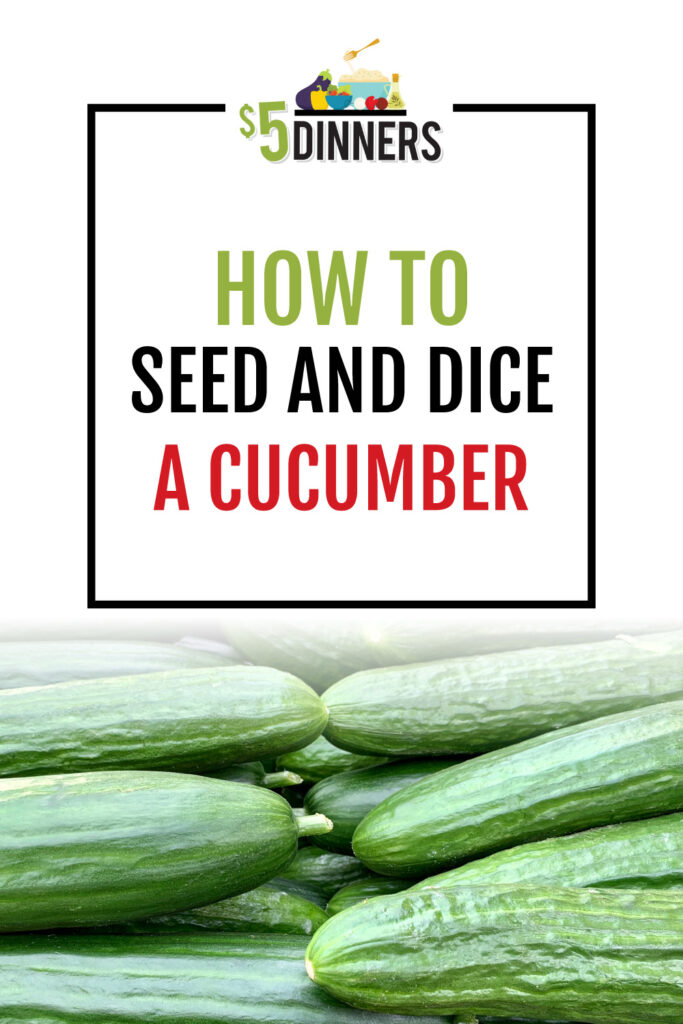 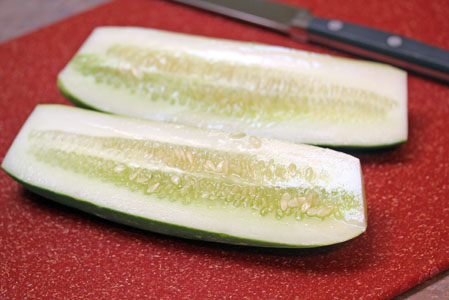 Other times, I don’t like the seeds. For those times when the seeds have got to go, this is what it looks like!

Cut off the ends. Slice in half lengthwise. 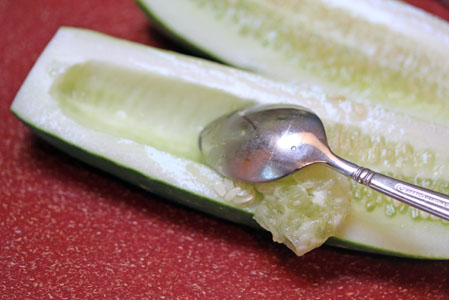 Using a spoon, run it down the middle, scooping out the seeds. 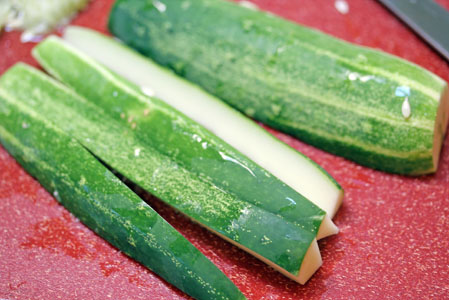 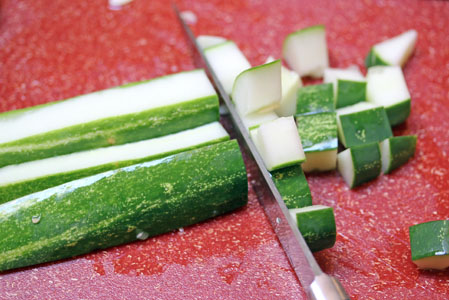 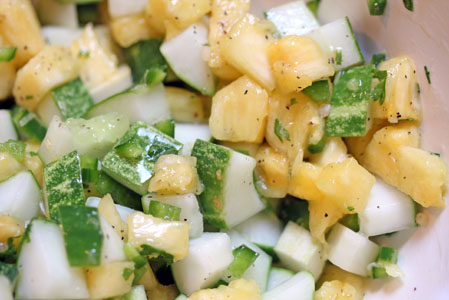