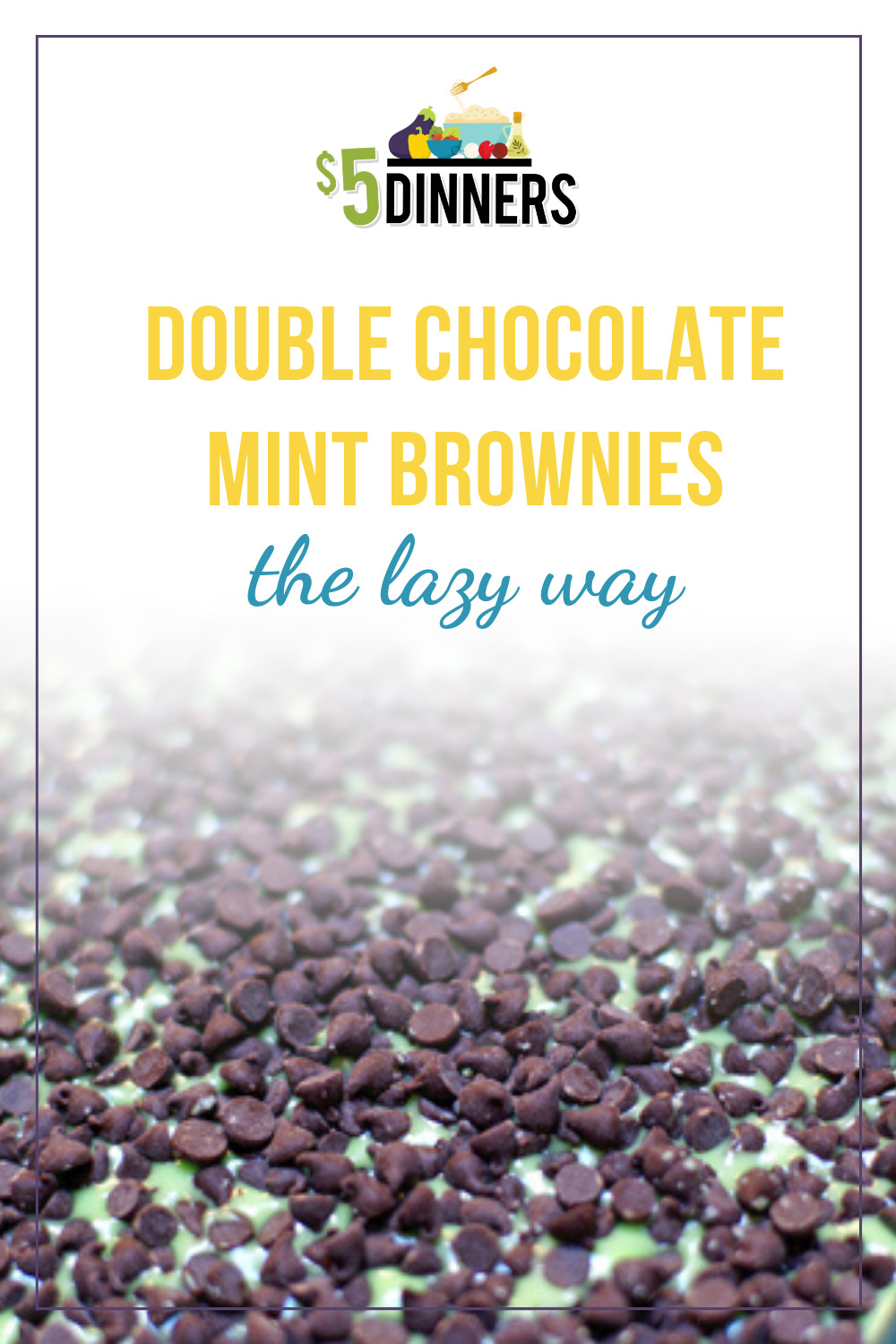 So we went to Steve’s company picnic recently and we were slated to bring dessert. I had every intention of making triple layer mint brownies. Also known as Grasshopper Brownies.Â  But I got lazy. In truth, I ran out of time!

I made the brownies part in the early morning. (Nothing like baking chocolate at 8 am.) Let them cool for a bit and put them into the fridge. Then I went to the eye doctor…got myself some new daily contacts…and returned home to make the mint layer. No problem…mint layer is on. And I look at the time. ACK!

We need to leave in 20 minutes…no time for melting the chocolate chips…so I sprinkled the little minis on top and gently pressed them into the mint layer and popped the whole thing into the freezer for 10 minutes. After scurrying around to get all the kids into the car, I grabbed the brownies, stuffed them (read…covered them with foil and placed them) into the cooler with some frozen vegetables and away we went. I was bound and determined to keep these brownies cold. While these were certainly delish and brought many a smile to many a faces at the company picnic, the mint layer did get a little droopy. (sigh)

So perhaps a potluck in the middle of the winter (instead of an outdoor picnic in the heat of the summer) would be a better time to make and take these brownies.

Either way, you’ll love them. 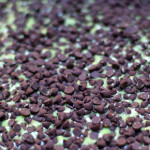 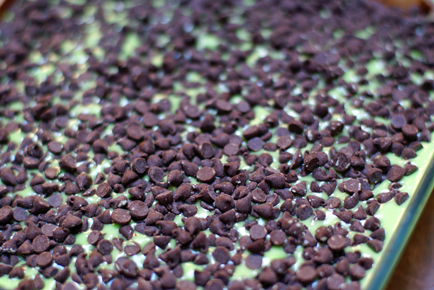