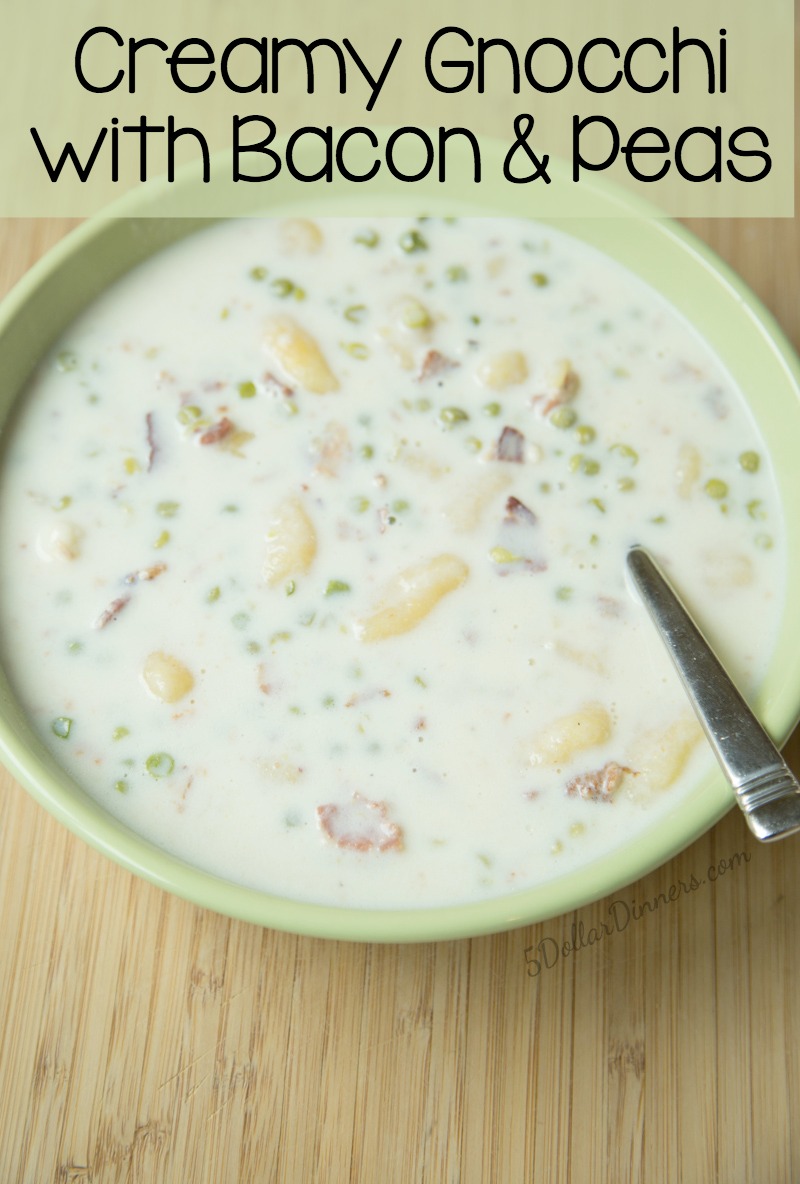 This recipe is inspired by 2 things…first, I was grabbing a few ingredients to make some pasta meals for our church group gathering we were hosting. I spotted a package of gnocchi that I hadn’t seen before in this store and it was priced at $1.99. I grabbed 2 packages to make a giant batch of this for everyone coming over. (Note: the recipe below is written for 4 people, so you’ll only need 1 package.)

While I was cruising through the store grabbing the other ingredients I needed, this ‘Creamy Tortellini’ that we used to order at a place called the “Pasta House” in Santiago, Dominican Republic, immediately came to mind. It was the restaurant we frequented when the culture shock hit hard and we just needed a little taste of food from the USA. Even after living there for 6 years, I still would get cravings from “American food.”

This restaurant served an amazing tortellini with peas and bacon, in a homemade creamy white sauce that we pretty ‘soupy.’ You can make the sauce as thick or thin as you like!

It works perfectly with tortellini or gnocchi. Or an other medium-sized pasta shell would work too! 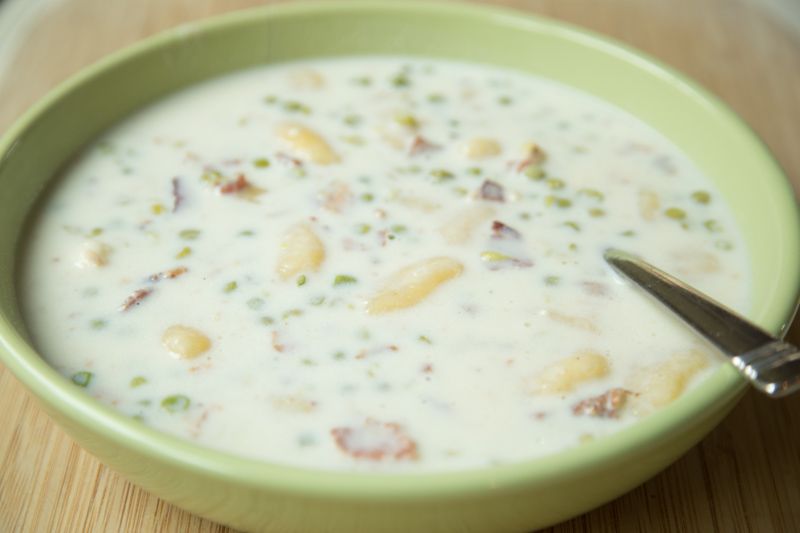 Okay, so it’s another ‘copycat’ recipe…that makes 2 in one week! Maybe I’m starting a new trend for the site. (But maybe not, because we have a new 31 Days series coming up soon…)

{In case you missed it…’Copycat White Mexican Cheese/Queso Blanco Dip‘ recipe from earlier in the week!} 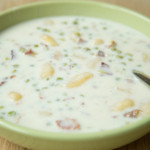