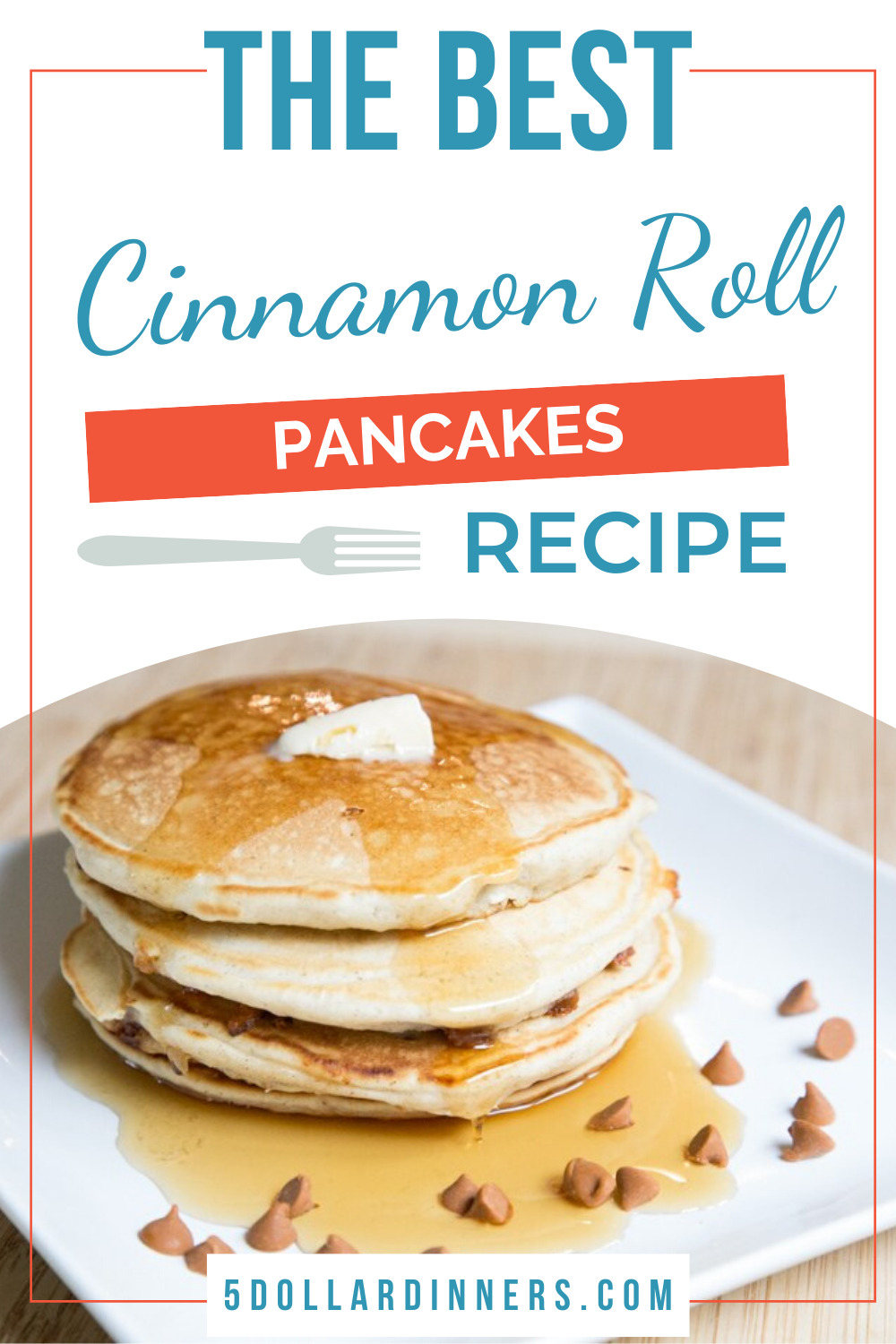 These pancakes are inspired by 2 things…

1. My Cinnamon Roll Baked Oatmeal. (Which is basically baked oatmeal with cinnamon chips and white chocolate chips mixed in the batter!)

2. The way-too-complicated methods and recipes that I’ve seen for Cinnamon Roll Pancakes.

I’m all about the simpler-the better. I don’t have time for crazy and fancy. These Cinnamon Roll pancakes are your basic pancake batter…with a little extra cinnamon added, and you guessed it: cinnamon chips and white chocolate chips mixed in the batter. 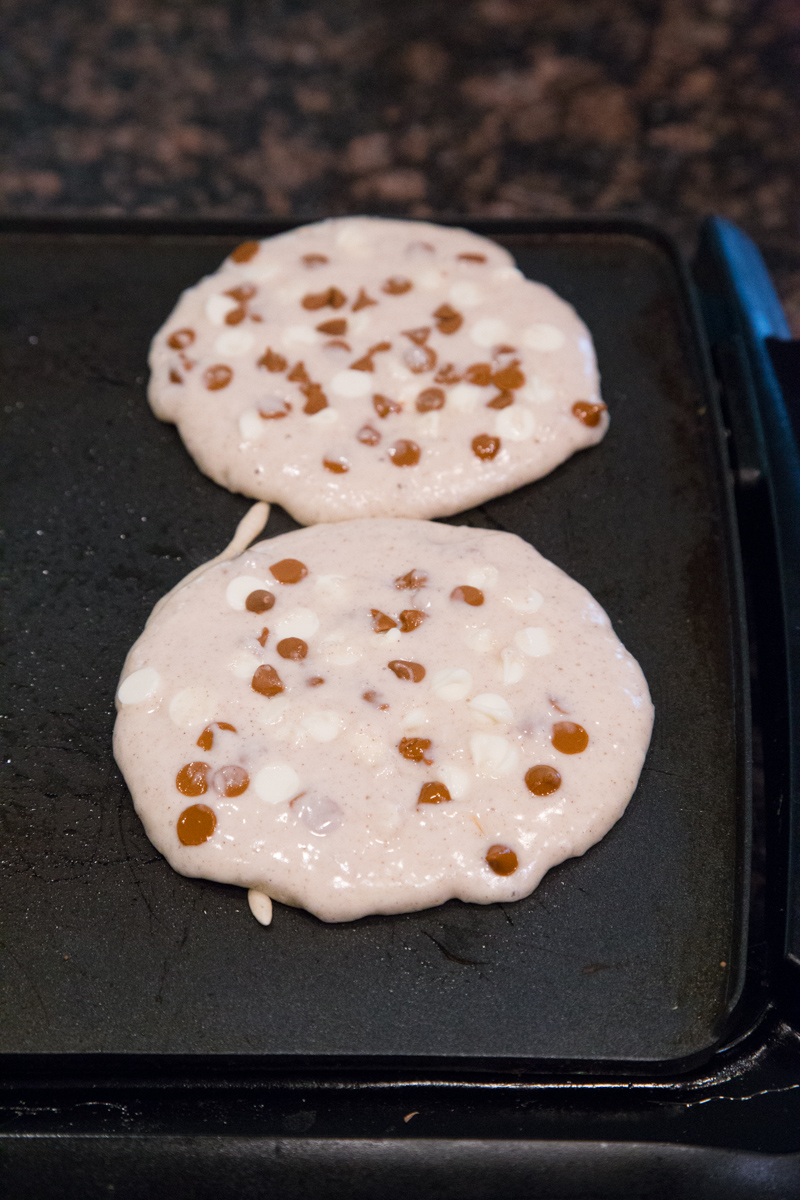 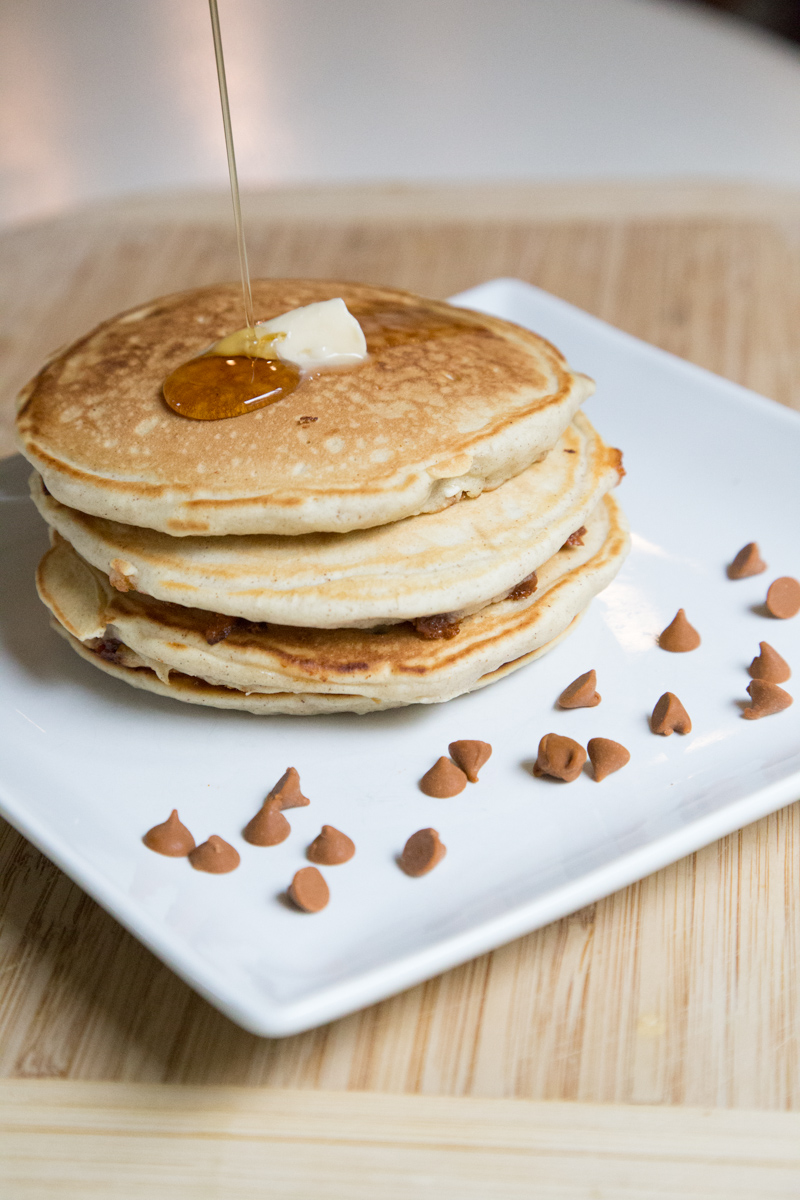 And no need for any crazy cream cheese ‘topping’ or syrup. 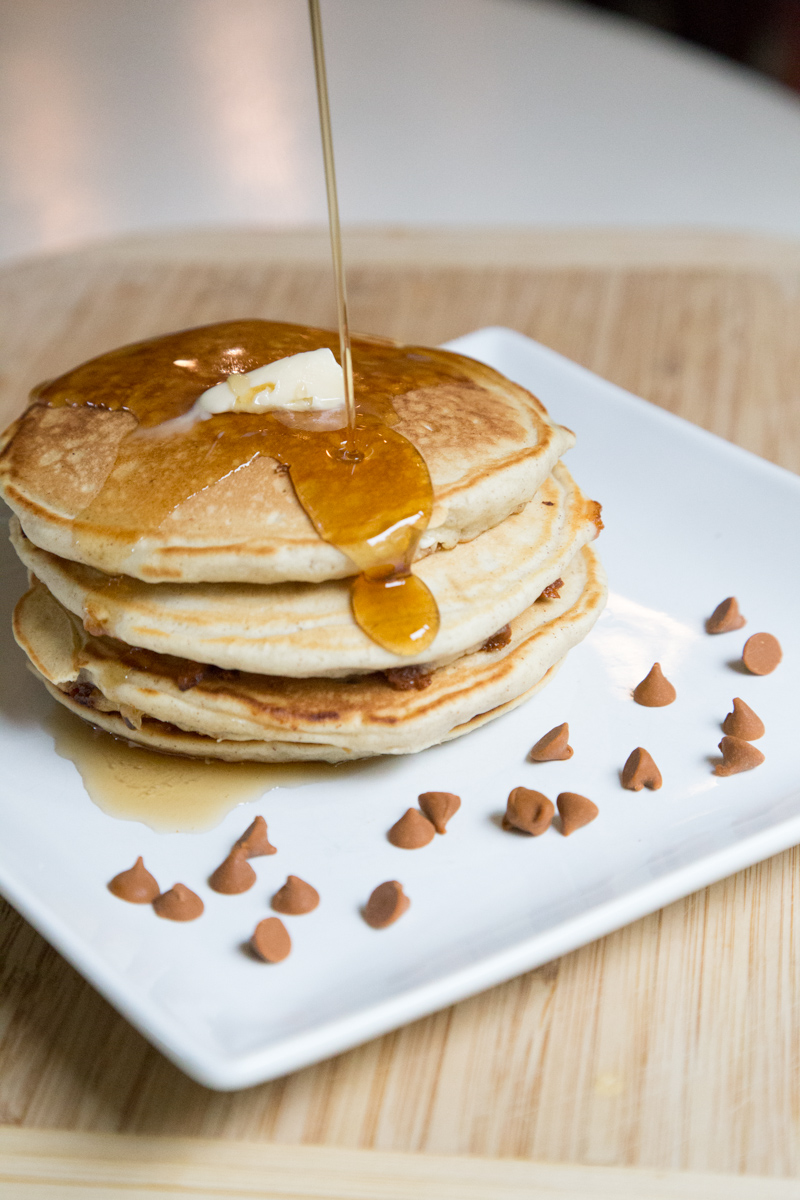 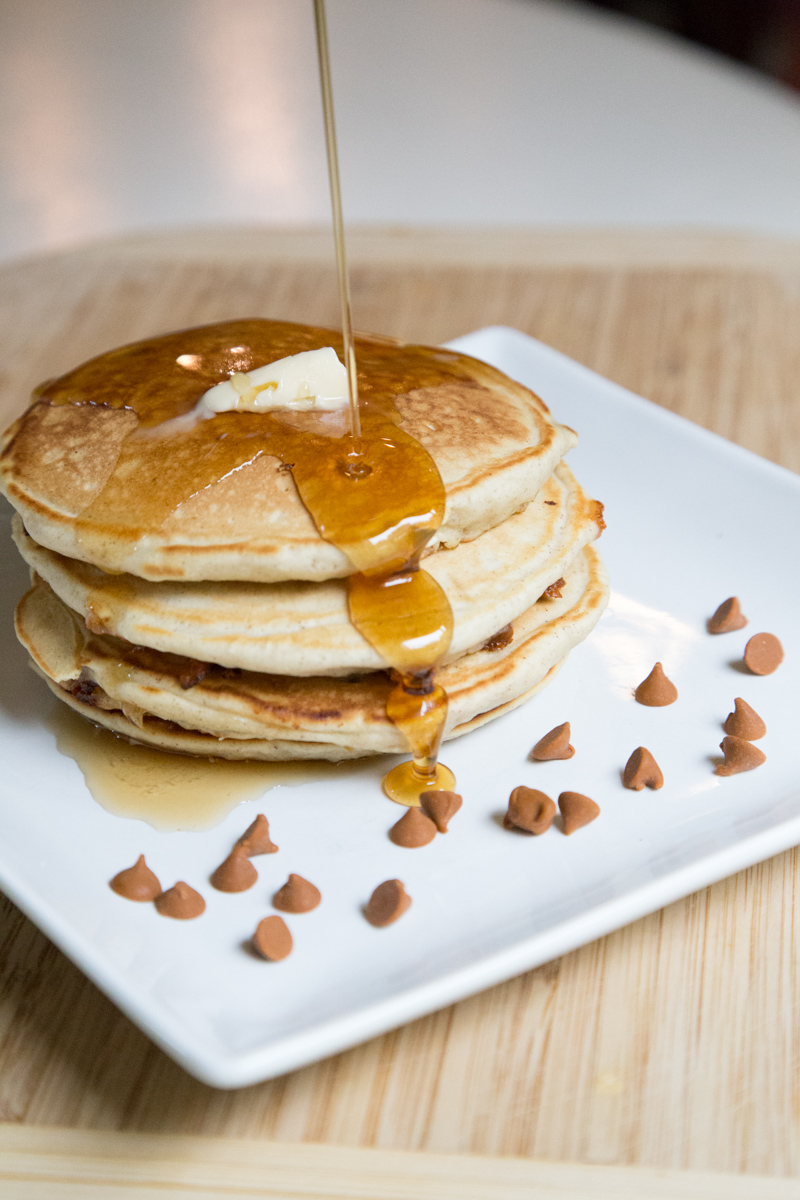 Get them good and covered! 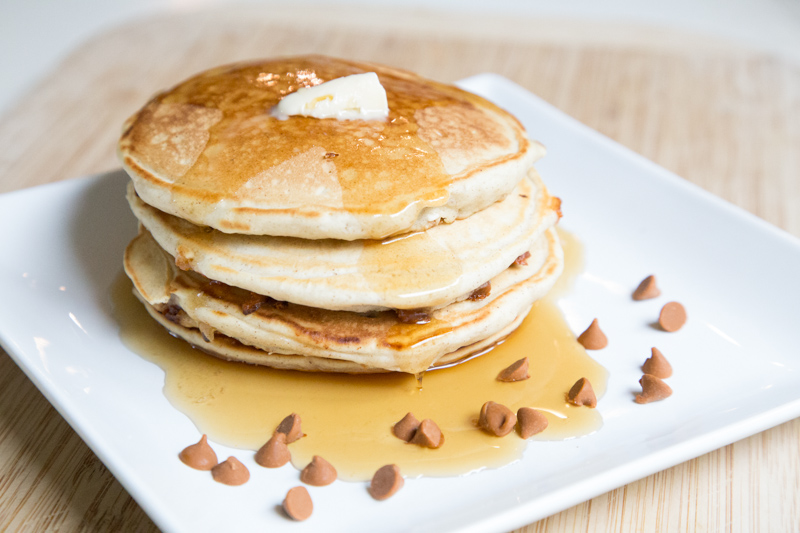 And then enjoy the cinnamon roll flavors, thanks to the combo of the cinnamon chips and white chocolate chips!

A lovely weekend breakfast. Or really sweet ‘brinner’ too! 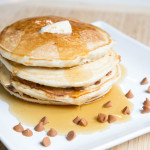