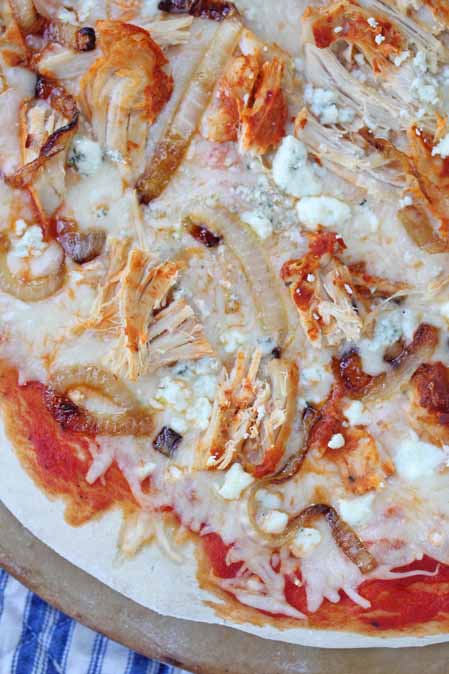 Ever since making those Buffalo Chicken Blue Cheese Enchiladas, I’ve been itching to put the same flavors on a pizza. And now that I have, I’m kicking myself for not doubling this pizza. Because it needs to be doubled. Because it deserves to be doubled.

About a week ago, I was talking to my cousin …and we got on the subject of pizza. I told him how I’ve been wanting to make this pizza ever since making the enchiladas (which he has tried and loved!). Then he starts bragging about this “meat lovers” pizza that his brother makes. So we decided that a “Pizza Bake Off” was in order!

His Meat Lovers vs. This Buffalo Chicken

So to make sure that it was going to taste as fabulous as it seemed in my head, I had to test it out before this bake off. And I have no doubt in my mind that this Buffalo Chicken Pizza with Blue Cheese and Caramelized Onions will be the hands down winner! 😉

Spice from the chicken. Sweet from the onions. Tang-gent from the blue cheese. (That would be tangy-pungent.) 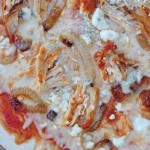 Spice from the chicken. Sweet from the onions. Tang-gent from the blue cheese. (That would be tangy-pungent.) Pizza perfection achieved!
Prep Time10 minutes
Cook Time40 minutes
Servings - 8 slices 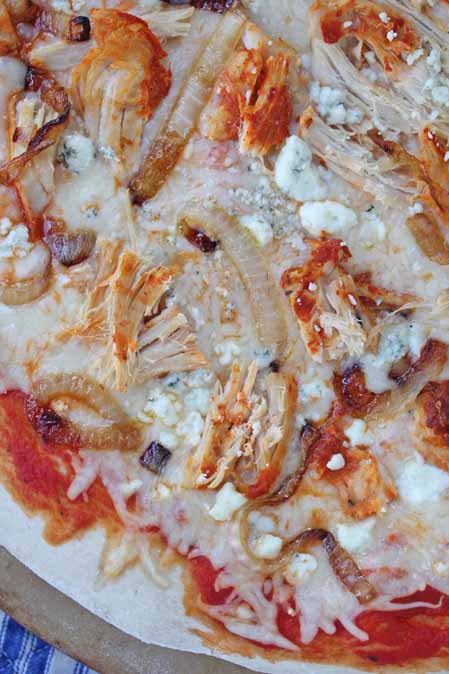